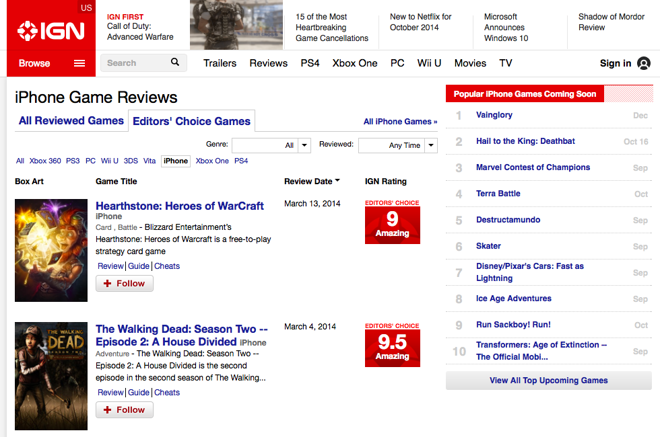 The majority of new higher end Android phones sport faster clocked chips, much more RAM and at least twice the number of processor cores as Apple’s iPhone 6 and 6 Plus, but still fail to match Apple in CPU performance. In fact, even last year’s iPhone 5s remains competitive with this year’s most expensive Android phones. Therefore, developers are porting top iOS games to Metal before porting to Android because most of the iPhones sold over the last year were 64-bit iPhone 5s models that can take advantage of Metal.

“On Android, most of the phones sold over the last year were low end devices with Mali graphics in one of those 18,796 different variations, and most of those users don’t want to pay for apps, just like they didn’t want to spend any money on their phone. Premium Android buyers who paid iPhone-like prices to get a Galaxy S5 fit into one of those tiny boxes above, right next to the budget buyers who got a Moto X or Nexus 5.

They simply don’t matter to developers. If they’ll put up with getting cut off from Google’s Android OS updates after 18 months, they’ll put up with waiting six months to a year to get basic ports of some iOS apps and games. Even then, Android’s OpenGL implementation will sluggishly run the games on their virtually unused phones as their devices hemorrhage any vestige of resale value.”

Of the top ten all time “editor’s choice” titles IGN lists for iPhone, nine are rated “amazing”, while only four of those titles even exist on Google Play and are only rated “great” at best.