Urban Armor Gear tested their new White Composite Case for the iPhone 6 by dropping the device from outer space. While space drop tests aren’t necessarily new, they are always fun to watch.

The iPhone 6 ascended into lower space during a 3 hour and 45 minute flight, reaching a height of over 101,100 feet (30.8 kilometres), while experiencing temperatures of extreme cold as -61 degree Celsius and wind speeds of 113 KM/h. During the device’s descent back to Earth, the iPhone was able to hold up against 150 RPM rotation speeds when the parachute deployed. 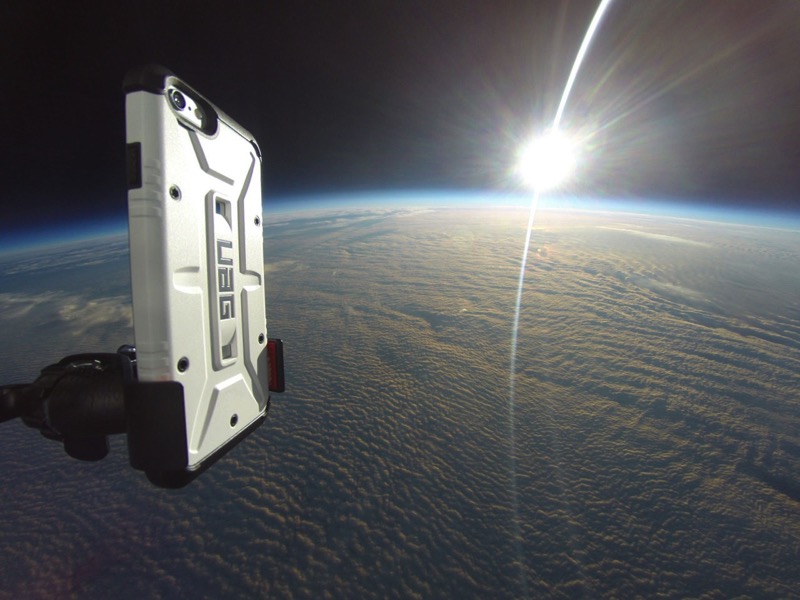 “Our cases already meet military drop-test standards, but now we can officially say that they are space tested as well,” said Steve Armstrong, co-founder of Urban Armor Gear. “The fact that the iPhone survived its space adventure and returned fully functioning showcases our commitment in providing our customers world-class, or in this case out of this world, protection for their premium devices.”

The Urban Armor Gear Navigator case retails for $34.95 US from the California company and says it meets military drop-test standards.