A new photo allegedly showing the front panel of the rumoured iPhone 6 has been posted on Chinese microblogging site Weibo, and spotted by French blog iPhon.fr (Google Translate). 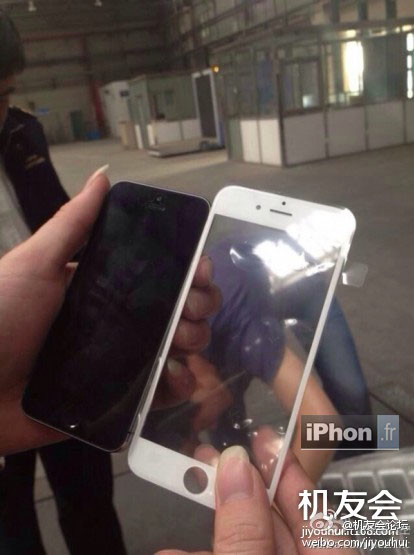 The above image compares an iPhone 5s to a much larger, very similar white front panel: the home button, front-facing camera, rear speaker, and ambient light sensors are similar to those on the iPhone 5s device.

What immediately captures the attention is the apparently thinner bezel, and the blog goes on to speculate as to the size of the front panel: the display area is apparently 10.7 cm long and 5.9 cm wide, while the screen measures 12.2 cm diagonally. 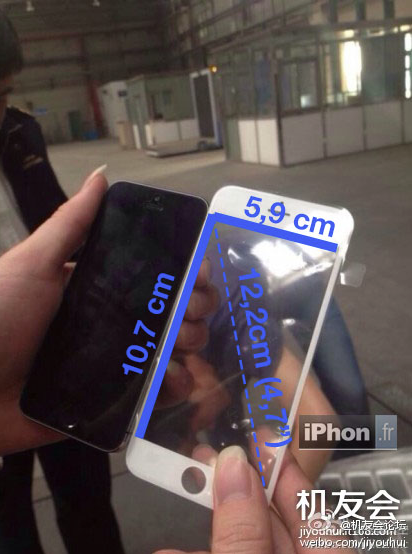 While we cannot confirm the authenticity of this image, it is in line with previous rumours claiming that Apple will release a bigger-display iPhone sometime this year. Rumoured sizes were 4.7, 5.5, and 5.7-inches, and more recently we have seen a couple of image leaks corroborating the existence of the 4.7-inch model.