Majority of rumours and reports over the past few months have hinted that Apple will launch the ‘iPhone 6’ in two sizes, i.e a 4.7-inch display model and a larger 5.5-inch one. We have already seen evidences of the 4.7-inch version in the shape of Foxconn’s manufacturing molds and leaked iPhone 6 cases. Today, a MacRumors forum member has shared renders of a 4.7-inch ‘iPhone 6’ side-by-side its Android-based competition.

“If the rumors are true, at least one model of the iPhone 6 will contain a 16:9 4.7” screen. When you think about it realistically the iPhone 6 will have a home button with a finger print scanner the same size as the iPhone 5S. Also will the top and bottom bezels have the same height for symmetry. The side bezels will be smaller than the iPhone 5S, but they will not be non-existing.” 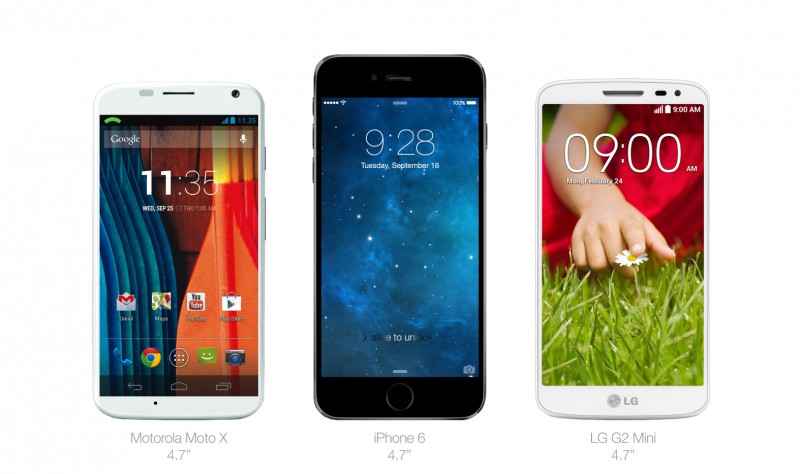 A 4.7-inch ‘iPhone 6’ is first compared to the Motorola Moto X and LG G2 Mini (top). While both Androids phones feature 4.7-inch displays, they turned out to be smaller because of the rounded Touch ID sensor on the bottom and the need for the top and bottom bezels to be symmetrical, as per Apple’s ‘design philosophy’. Compared to the 5″ Nexus 5 and the 5.2″ LG G2 (below), the ‘iPhone 6’ could be as tall as either phone but with smaller screen size. 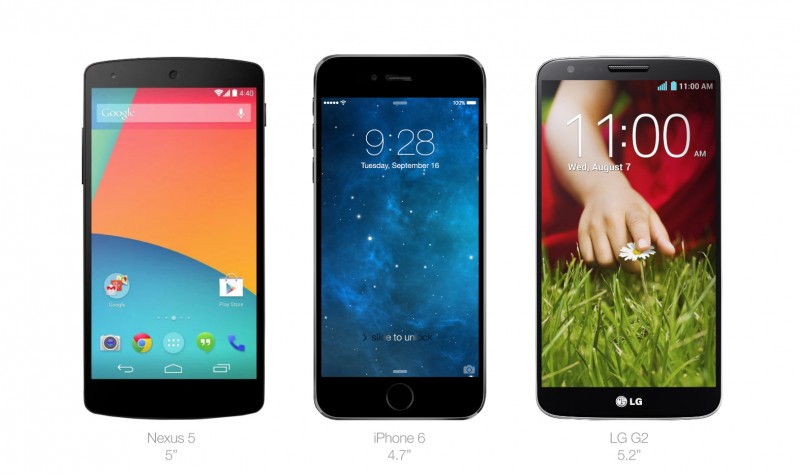 Finally, when compared to the HTC One (m8) and Samsung Galaxy S5, both the Android devices were found to be larger in every way. So while ‘iPhone 6’ may not be able to impress in screen size alone when compared to its Android competitors, it may just stand out in thinness.

Eero, an Amazon company, has just announced a new range of WiFi solutions, including eero PoE 6 and eero PoE Gateway Power-over-Ethernet (PoE) devices, for setting up faster, reliable WiFi networks at homes and businesses. The eero PoE 6 is a dual-band Wi-Fi 6 PoE access point that provides up to 2,000 square feet of coverage...
Usman Qureshi
18 mins ago

Amazon today announced at its special event an update to its best-sounding Echo speaker, the Echo Studio. This speaker is now available in Glacier White, joining Charcoal, while it also gets some enhanced audio technology updates, that will be available for all existing and new users. New custom spatial audio processing technology and frequency range […]
Gary Ng
27 mins ago

Apple's new Crash Detection feature, available on iPhone 14 and the company's latest Apple Watch models, is designed to automatically contact emergency services in the event of a severe car crash.  However, it can sometimes mistake a rollercoaster ride for a car crash (via Reddit). One Reddit user found this out the hard way when...
Nehal Malik
44 mins ago