Both the iPhone 6 and iPhone 6 Plus prompt their users on initial device setup whether they want to use ‘standard’ or ‘zoomed’ view, thanks to the new Display Zoom feature. To make it easy for you to decide which mode will suit you best, the folks over at CNET has put up an easy explanation of the two display modes, detailing how the standard view uses the layout Apple intended for each respective device, while zoomed provides for larger icons, text and buttons. 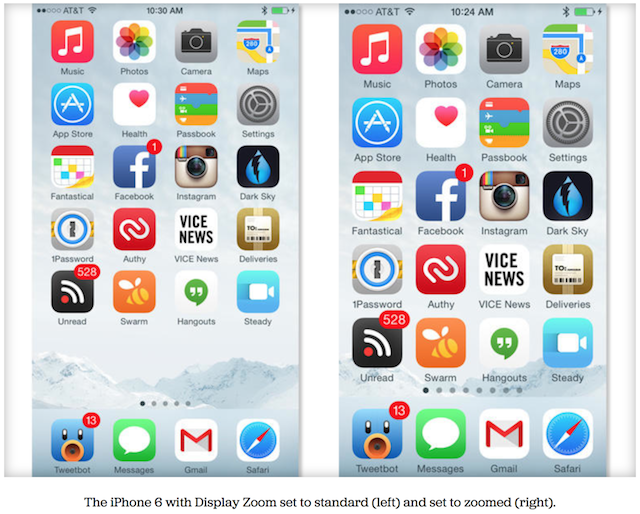 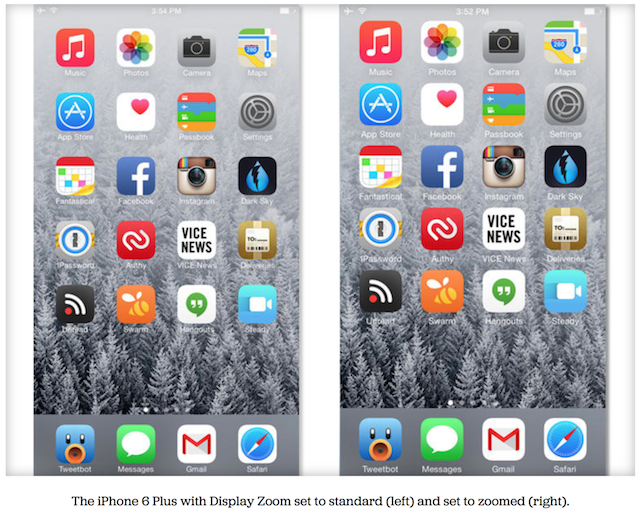 To change your Display Zoom setting:

The Display Zoom feature combined with Reachability, makes it much easier to use a larger-screened iPhone. Let us know which zoom setting works for you best and why.