The mysterious “Phosphorus” component isn’t Apple’s next-gen M7 coprocessor as originally suggested by the Chinese GeekBar. The “OSCAR” seen on the image is the codename of the M7 coprocessor introduced with the iPhone 5s, so from this perspective the pieces of the puzzle fall apart. 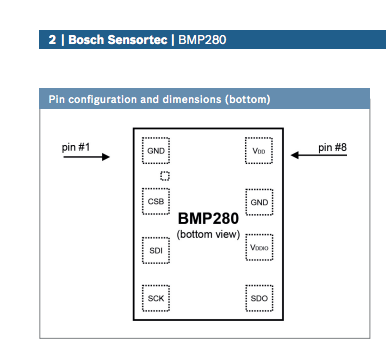 What does make sense is what a MacRumors reader familiar with such components highlighted in his comment: what the alleged iPhone 6 schematic leak uncovers is possibly a barometric pressure sensor.

His comment is in line with previous rumours of a new atmospheric pressure sensor being included with the iPhone 6. He points to the Bosh component he says could be represented on the schematic: a BMP280 series chip.

The commenter, leecbaker, lists the key uses of the pressure sensor, which suggest that the iPhone 6 will come with enhanced localization features such as enhanced indoor navigation.

This is the second time GeekBar has misinterpreted information revealed by the alleged iPhone 6 schematics. The first time was when they claimed that the leaked schematic uncovered that the iPhone 6 would have the same 1 GB of RAM as its predecessor. As others have pointed out, that image revealed completely different information regarding an aspect of the flash storage.