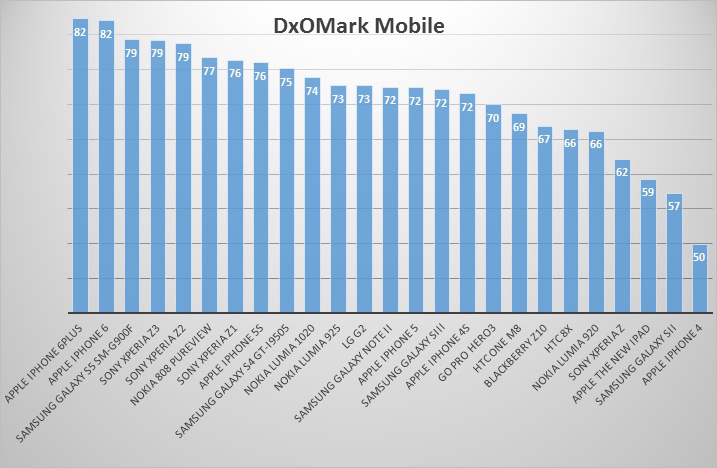 The highly influential DxOMark Mobile ranking of smartphone cameras is now topped by iPhone 6 and iPhone 6 Plus cameras, 9to5Mac is reporting. Previously headed by the Samsung Galaxy S5 and Sony Xperia Z3, DxOMark’s ranking is considered by many in the photography field to be the most definitive of all smartphone camera rankings worldwide.

According to DxoMark, Apple has “set the gold standard for smartphone image quality” with iPhone 6 and iPhone 6 Plus cameras. From faster focusing to optical image stabilisation, the specialists highly praised the new technologies used by Apple and noted that both cameras performed equally well in lab tests and real-life use. The new autofocus was described as “fast, accurate and repeatable” and the “best ever tested by DxOMark Mobile.” 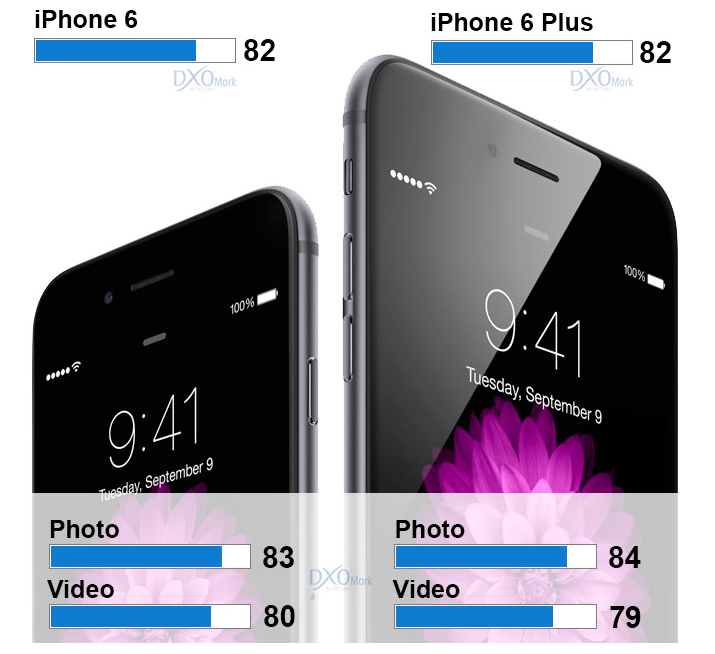 The company further said that the high-quality displays on these smartphones made them ideal for on-the-fly editing.

“They have very good, generally reliable auto-exposure in a wide range of lighting conditions and they have both fast and accurate autofocus. Output from the 8-Mpix stills improves the high level of detail in both outdoor and indoor lighting. In low light, noise reduction is handled well with images revealing fine-grained luminance noise and little of the distracting color (chroma) noise.

Both displays have stunning clarity, high contrast, excellent color and wide viewing angles, which is promising for viewing (and editing) stills and video on the go. Video capture doesn’t include 4K but both feature 1080p at 60 fps with slow-motion options at 120 fps and 240 fps.”

You can check out the full DxOMark Mobile review of iPhone 6 / 6 Plus cameras here.