What’s being termed as the #iPhoneEffect by The Wall Street Journal, the iPhone 6 and iPhone 6 Plus launch seemed to have helped fuel a record U.S. trade gap with China in September. Imports from China hit the $44.9 billion mark in September, up 13% on the month. The source further notes that the $5 billion increase in imports was fueled by a $3 billion surge in buying of cell phones, which coincided with release of the Chinese assembled iPhone 6 and 6 Plus. 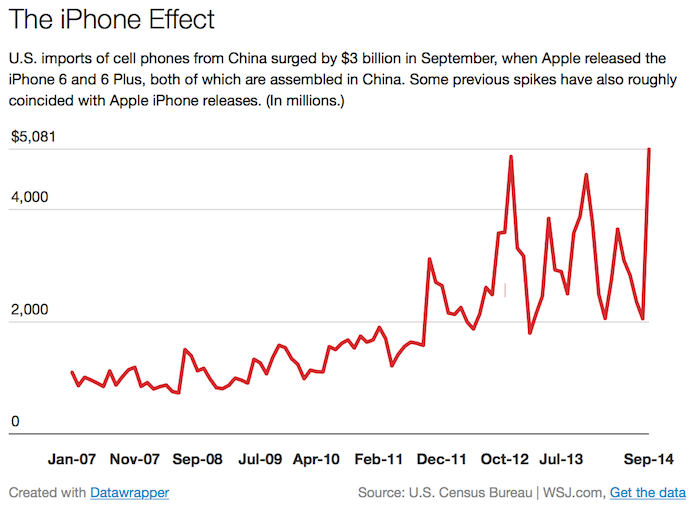 The report highlights that it’s not the first #iPhoneEffect, as it was also observed in 2012, when iPhone 5 sales were seen boosting U.S. economic growth, something that “Congress, the White House and the Federal Reserve had difficulty replicating at the time”.

Apple had officially announced that its first weekend iPhone sales set a new record, selling over 10 million new iPhone 6 and iPhone 6 Plus models, in ten countries, over the first three days of availability, amid significant supply shortages and demand for scalped iPhones in Asia.