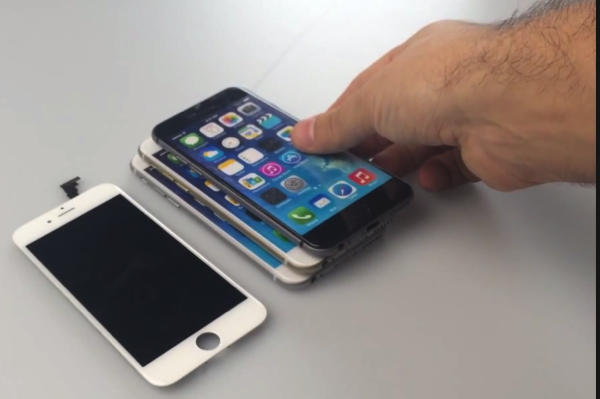 Late last month Beligum-based YouTube channel and parts seller MacManiack leaked various 4.7-inch and 5.5-inch parts. Now, the channel is back with a closer look at the 4.7-inch iPhone 6 screen, which consists of the glass digitizer and LCD, a rare hands-on look at the part.

MacManiack also compares the 4.7-inch iPhone 6 display to the iPhone 5s screen, to show differences in size and design—check it out below:

The parts seller says the iPhone 6 LCD screen and other various parts are already for sale on their website. As for the screen, it’s listed at a price of $899 euros, which looks to be a bargain (/s).

Apple is expected to announce its new iPhone 6 models next week (plus a smart watch) at its September 9 media event, which will be live streamed around the world. Are you excited yet?

Sony and PlayStation are kicking off 2023 with a brand-new marketing initiative. Thanking fans for their patience worldwide as the company faced supply chain hurdles, PlayStation is launching its "Live from PS5" spot and announcing an increase in console supply. In a PlayStation Blog post, Isabelle Tomatis, VP of brand, hardware, and peripherals at Sony...
Steve Vegvari
5 mins ago

Apple is expected to launch its first foldable iPad next year. According to TF International Securities' Apple analyst Ming-Chi Kuo, the device is said to feature a carbon fibre kickstand, ensuring a lightweight design. In a series of Tweets, Kuo claims that Apple may not launch a new iPad design in the next nine months...
Steve Vegvari
46 mins ago