HTC announced its new One M9 Android smartphone at Mobile World Congress 2015, the company’s new flagship device. If you’re considering this phone versus the iPhone 6, check out this torture test by YouTube channel EverythingApplePro, as they drop both phones from various heights, plus even do a burnout on them from a motorcycle. 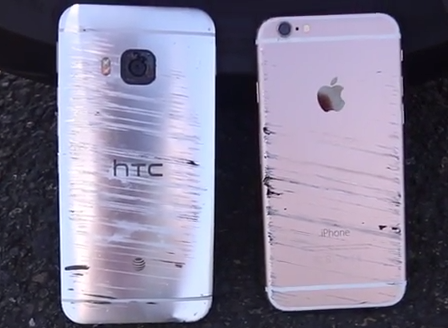 From this test, it looks like the HTC One M9’s screen holds up very well, showcasing the strength properties of Gorilla Glass 4, while the iPhone 6, despite being beaten up, still works. The HTC One M9 will hit Canadian carriers on April 17.

Taiwan Semiconductor Manufacturing Co. (TSMC), Apple’s primary chip supplier, will also produce advanced 4-nanometer chips at its $12 billion USD under-construction manufacturing facility in the U.S. state of Arizona — reports Bloomberg. The information comes from people with knowledge of the matter, who said TSMC will announce the new plan next week during a ceremony at...
Nehal Malik
42 mins ago