A new size comparison by Gizmobic offers a good guide for those thinking how much bigger Apple’s upcoming ‘iPhone 6’ would be from iPhone 5/5s and other flagship Androids like LG G3, LG G Pro 2, HTC M8, Samsung Galaxy S5 and Samsung Galaxy Note 3. The comparison gives a rough idea of how these devices would stack up in size when placed side-by-side with a 4.7” and a 5.5” iPhone 6 (via MobileGeeks). 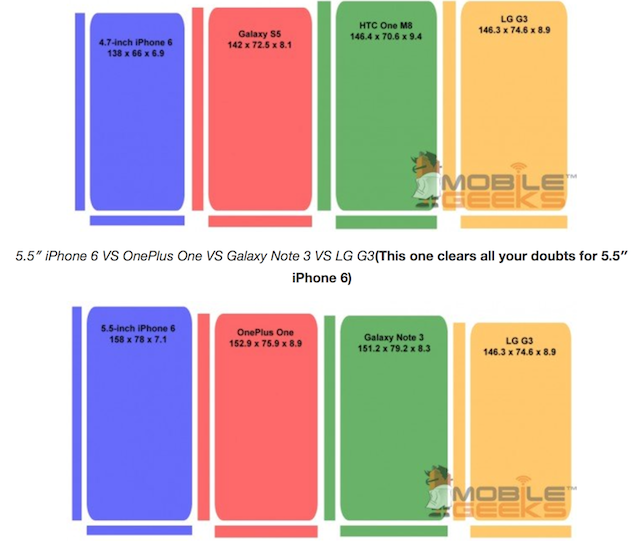 So guys, does this comparison help you decide which size ‘iPhone 6’ would you pick if Apple announces both on September 9?

After iOS 16.1 beta users discovered Adaptive Transparency enabled for the original AirPods Pro and AirPods Max, we’re now finding out this is actually a “bug”. That’s according to what Bloomberg’s Mark Gurman shared on Monday morning, citing the MacRumors report. “I’m told this is a bug,” said Gurman in his retweet. He later clarified the […]
Gary Ng
27 mins ago