Just under a couple weeks ago Samsung unveiled their new Galaxy S6 Edge Plus and Galaxy Note 5, launched ahead of Apple’s upcoming iPhone refresh.

The Galaxy Note 5 packs a punch on paper with its Octacore processor clocked at 2.1GHz and 4GB of RAM. But how does superior hardware specs on paper come into play in real life testing? 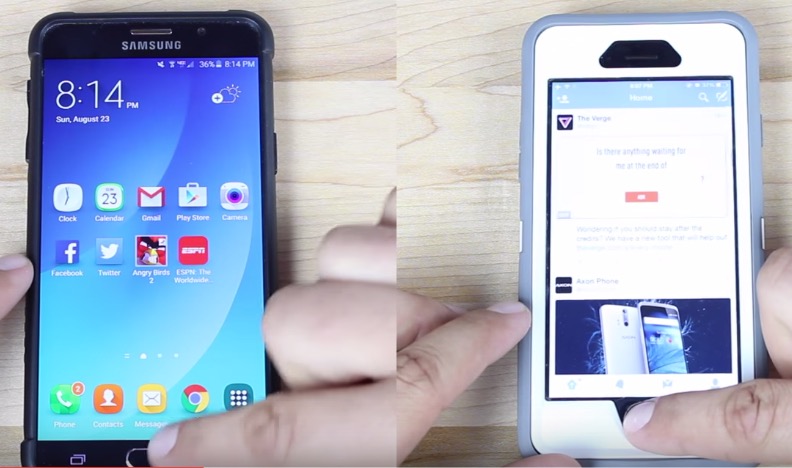 DroidModderX ROOT Master on YouTube has put the new Galaxy Note 5 to a real life speed test versus the iPhone 6, which ‘only’ has a dual-core processor and a ‘paltry’ 1GB of RAM.

The video below goes as follows: the stopwatch app is launched on each phone, then a series of similar apps are opened and reopened, with the phone being the ‘fastest’ as the first to stop the stopwatch app at the end.

The video below, while not exactly scientific in nature, does show a real-life example of how the Galaxy Note 5’s impressive hardware is useless if your software is not optimized like iOS. Check it out below:

The Galaxy Note 5 force closes each app and has to reload it every time, unlike iOS multitasking which has apps set to a suspended state until you return to them. Apple says these suspended apps are “not actively in use, open, or taking up system resources.”

Samsung’s latest flagship Note 5 has also recently been criticized for having an S Pen design flaw that allows it to be inserted the wrong way, resulting in a jammed stylus and broken features.