Toronto-based YouTube channel Unbox Therapy helped kick off ‘bend-gate’ last year with its unofficial bend tests, and now it has repeated a similar test for the iPhone 6s Plus. 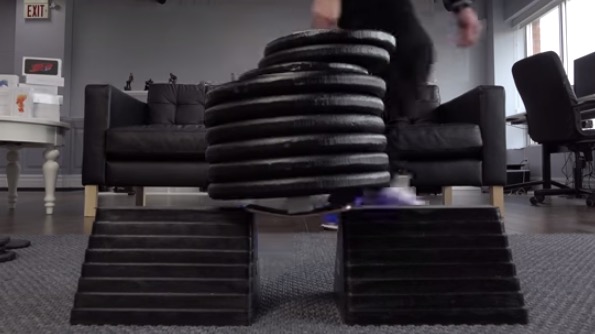 This time around though, he did not perform a bend test with his hands (you can see a different test here), but rather weights resting on top of the iPhone 6s Plus. The device was able to withstand 180 pounds of force for a brief moment before finally bending and breaking:

The iPhone 6s and iPhone 6s Plus this year are stronger thanks in part to the use of 7000 series aluminum, which first appeared on the Apple Watch Sport.

So here we have a new iPhone that’s not only stronger, but also seemingly water resistant. What more could you ask for (you already got Rose Gold)?