The iPhone 6s Plus’ prices starts at $749, but it only costs Apple $236 to manufacture it, says IHS after performing their usual teardown analysis (via Re/code).

As we put those numbers side-by-side, it looks as though the new features come at a cost, although 3D Touch apparently added no extra cost. But we don’t know that for sure, since it is just an estimate of the BoM.

Also, the new 7000 Series aluminum was said to add additional cost to the iPhone, and the IHS estimate corroborates that: The new model costs $20 more to manufacture than last year’s model. By the way, the research firm had no time to conduct a similar analysis of the iPhone 6, but they estimate the total BoM to be $211.50.

The analysis has its limitations, though: Besides being just an estimate, it doesn’t take into account a wide array of other costs such as shipping, warehousing, R&D, and marketing. 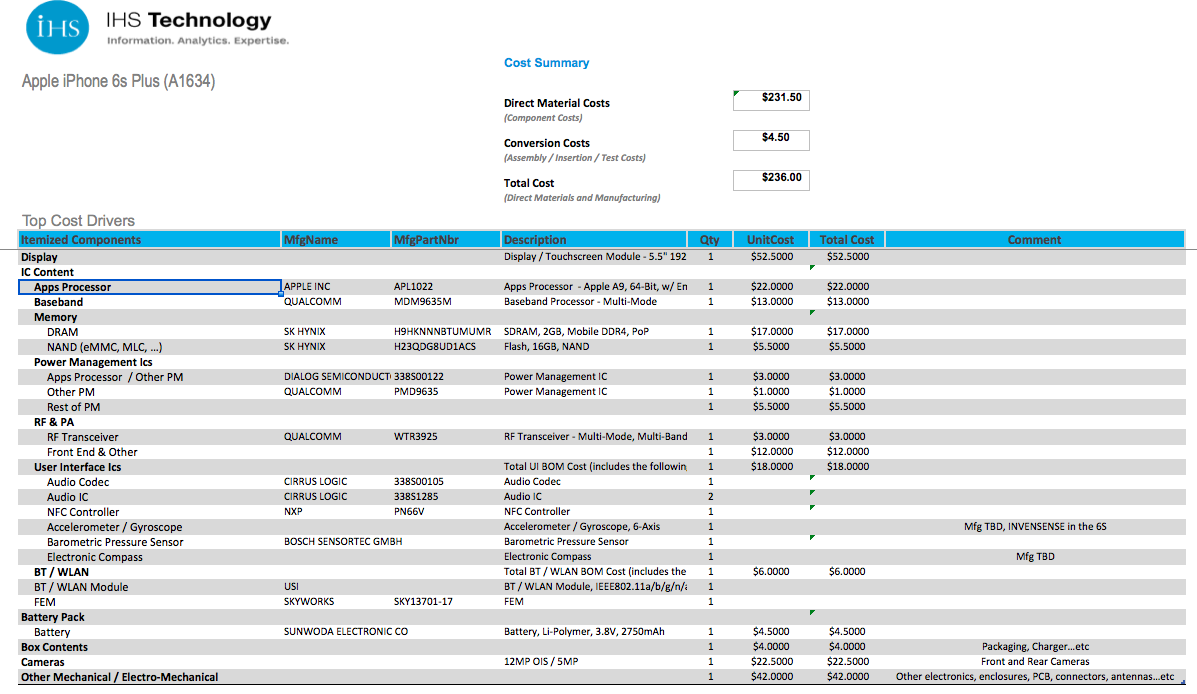