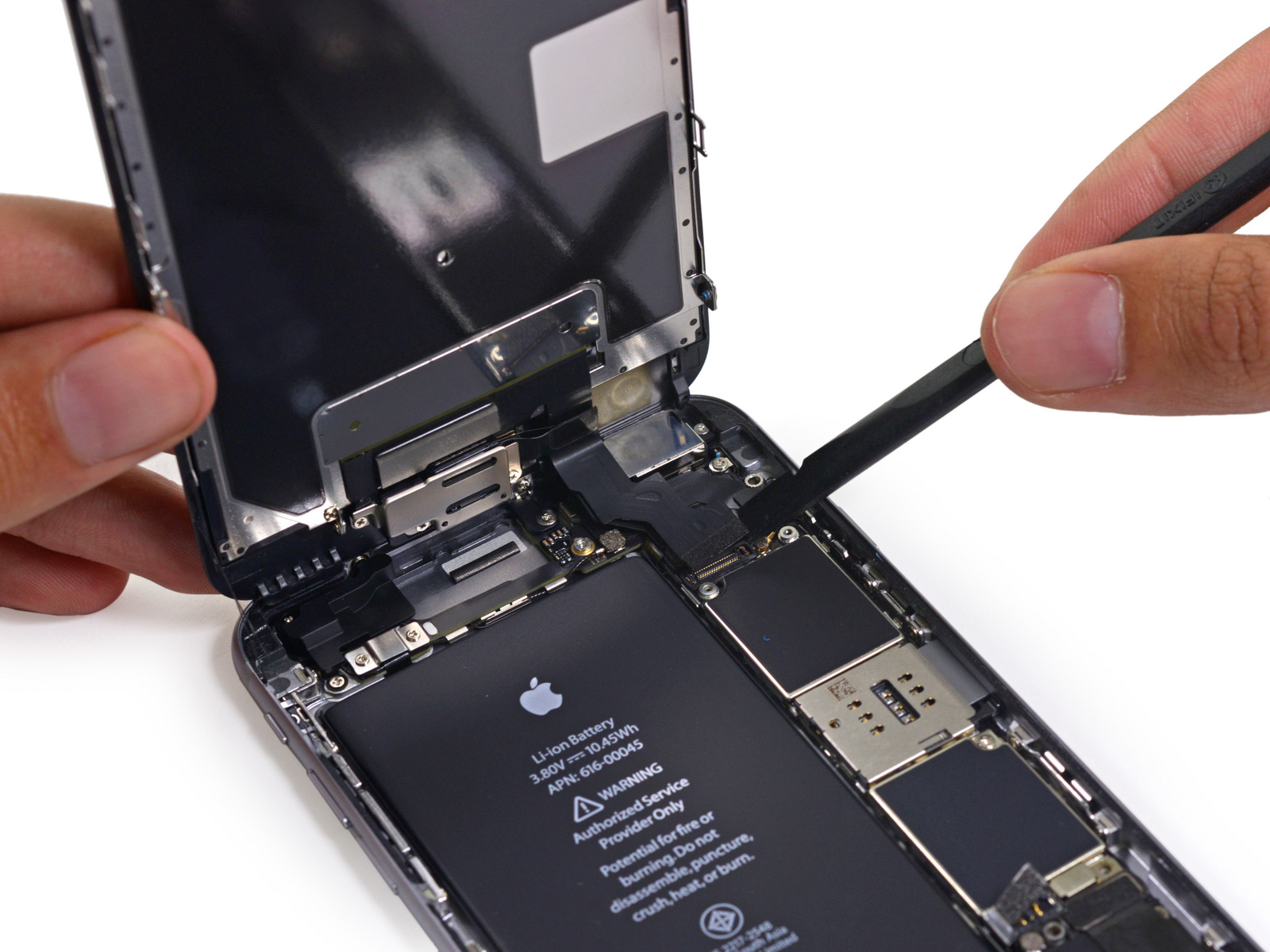 Following the iPhone 6s teardown, the iFixit team has started dissecting the iPhone 6s Plus as well. Since the device is now available for purchase in 12 countries, it is worth knowing what’s under the hood, especially if you are after this model.

First things first: As Apple already has revealed on its website, the devices are a bit heavier than the previous version. There are various reasons for this, and one of them is the display. With the iPhone 6s and 6s Plus, Apple has introduced 3D Touch technology, a new way of interacting with the phone.

Thanks to this technology, the display assembly is heavier. The iPhone 6s Plus display now weighs in at 80 grams, while last year’s model weighed only 60 grams. That’s a 33% increase in weight.

The Taptic Engine in the 6s Plus measures 15 × 8 x 4.9 mm compared to the 35 × 6 x 3.2 mm of the 6s. iFixit guesses that the reason for the smaller footprint is that Apple didn’t want to shave off too much from the already scaled down battery.

In line with previous rumours, the battery capacity is smaller at 2750 mAh, a slight, 165 mAh decrease compared to last year’s model.

Here are some of the chips found inside the iPhone 6s Plus:

The iPhone 6s Plus scored a reparability score of 7 out of 10 (with 10 being the easiest to repair), firstly, because the display assembly is the first component out, so it makes screen repairs easier; and secondly, because the battery is straightforward to access. On the downside, iFixit notes that Apple still uses proprietary Pentalobe screws on the exterior, which require a special screwdriver.

Back in September, Pluto TV announced it would be launching in Canada in December and as of today, the free ad-supported streaming TV service is now live. This new Free Ad-Supported Streaming Television (FAST) service is from Paramount Global, with Corus Entertainment Inc. as its Canadian partner. Pluto TV says it is the world’s leading […]
Gary Ng
19 mins ago