Apple has aired a new iPhone 6s ad, this time featuring the iPhone 6s exclusive feature, always on “Hey Siri”. It stars actor Bill Hader, whom you may recall was featured in the opening skit at this year’s WWDC.

The following ad shows Hader eating a sandwich while asking Siri to read his latest emails. Hilarity then ensues: 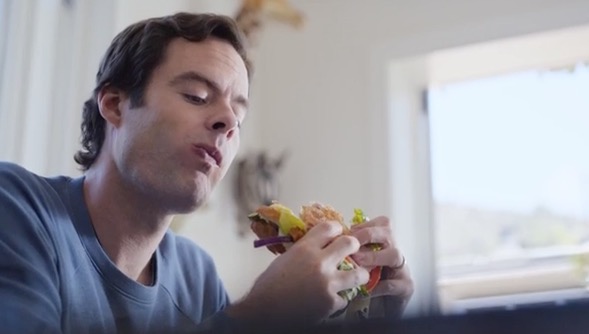 The iPhone 6s is here, and the only thing that’s changed with Siri is everything. Because now you just say “Hey Siri” and Siri’s there, hands-free. Which can come in handy.

Who would have thought Siri would help people reply to spam emails?