The iPhone 6s will be similar to the current model in terms of design – only minor internal design changes as detailed in the pictures shared yesterday. But there will be major changes when it comes to internals: Besides Force Touch, the iPhone 6s is said to incorporate Qualcomm’s MDM9635 Chip, known as the “9 × 35” Gobi modem platform, reports 9to5Mac’s Mark Gurman. 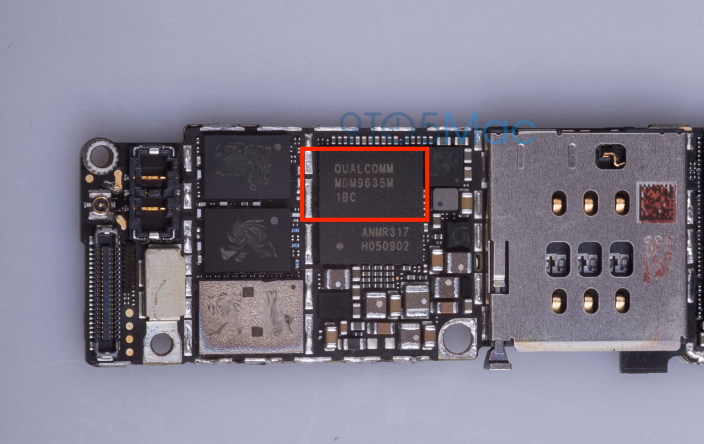 Apple’s alleged choice brings two major benefits: better battery life and a nice wireless speed upgrade. The Qualcomm chip – manufactured using a 20 nm process – was introduced in 2013 and stands out with its power efficiency and smaller form factor. Since it is smaller, Gurman speculates, it could leave space for a bigger battery in the iPhone 6s.

Secondly, the “9 × 35” Gobi modem brings a Category 6 upgrade. What this means is that this chip is part of the Cat 6 cellular modems, so the theoretical download speed should double when the iPhone 6s launches, making use of the LTE-A networks deployed worldwide.

The Qualcomm chip used in the iPhone 6 and 6 Plus allows download speeds of 150 Mbps. The new modem will increase that speed to 300 Mbps, while the upload speed will be capped at 50 Mbps Gurman says.