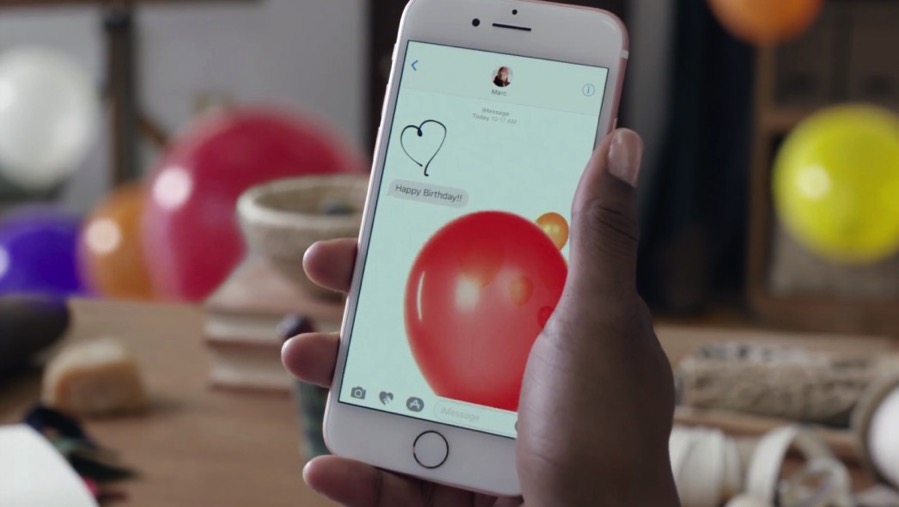 Apple has aired a new iPhone 7 ad, which showcases a bunch of balloons flying through the air. In the end, the ad ends up highlighting the new ability to express messages in iMessage, as part of iOS 10, shown on an iPhone 7:

When you send an iMessage such as “Happy birthday” or “Happy New Year” in iOS 10, expressive messages automatically appear on the recipient’s iPhone.

Apple has been releasing some really good ads lately, such as these previous iPhone 7 ads titled “Midnight” and “Morning Ride”. They’re not cringey like some previous ads, but rather get their point across quite well.

At the beginning of this year Apple hired Tor Myhren, as their new VP of Marketing and Communication, who appears to have had an immediate impact on the company’s ads as of late, particularly with the latest ads for iPhone 7.