iPhone 7 Plus Ranked as Second-Best Selling Smartphone in China

According to the latest data from Counterpoint Research released today, Apple’s iPhone 7 Plus was not only the second-best selling phone in China last year, but was also the only smartphone from a foreign brand in the list of top 10 best-selling handsets in China in 2017, CNBC reports. The device managed 2.8% of all sales in the world’s largest smartphone market, trailing the Oppo R9s which gained 3% share. 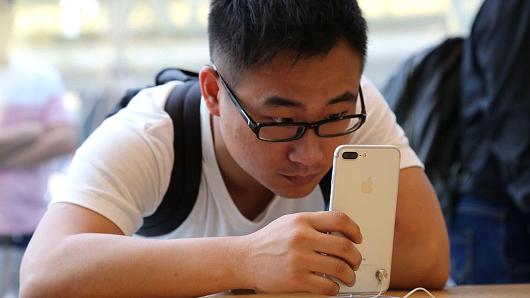 Counterpoint analyst James Yan pointed out that while the iPhone 7 did well in the first half of 2017, it did even better in the second half thanks to a price cut in China, with the iPhone 7 Plus 128GB model seeing its price slashed around 16%.

Meanwhile, the iPhone 7 was the fifth best-selling device in China with 2.4% market share. Vivo’s X9 and the Oppo A57 made up the other two phones in the best-selling smartphone top five list from Counterpoint.

“iPhone 7 Plus performed better than iPhone 7, demonstrating that currently in China market price may not be the only concern among consumers. Apple users may value more on better specs … than extra budget,” Yan said.

“Instead of filling the market with extensive selection of models (like Samsung), OPPO have comparatively offered limited number of models and put more muscles behind promotion of key products,” Yan said.

Below is the complete list of best-selling smartphones in China in 2017: