A new image leak shows that Apple is about to bring optical image stabilization (OIS) to the 4.7-inch version of the upcoming iPhone. The image was posted by French site Nowhereelse and shows the iPhone 6 series rear camera modules compared to the alleged iPhone 7 camera module.

There were hints that the feature, which was exclusive to the 5.5-inch iPhone, may be part of the 4.7-inch model as well, and today’s image leak provides the first possible confirmation that the (regular) iPhone 7 will include OIS. 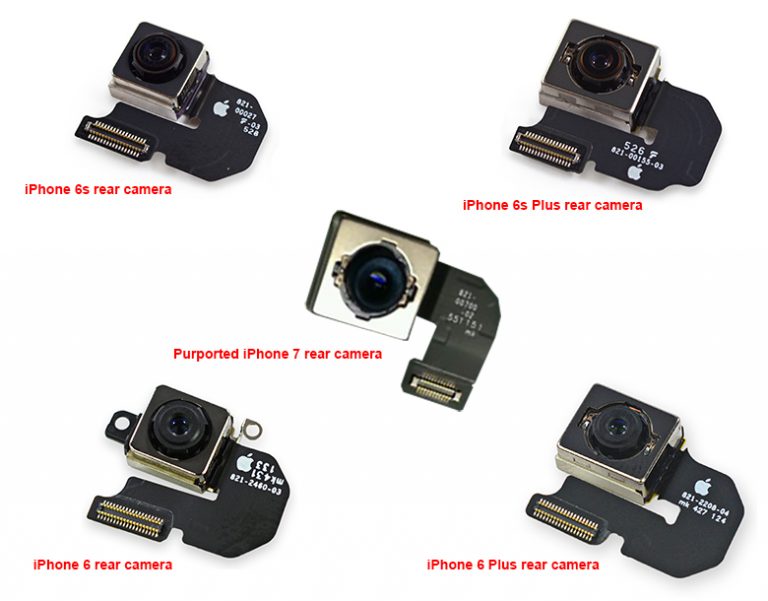 As you can see from the image above, the iPhone 6 and 6s rear camera module lack the four cutouts the 6 Plus and 6s Plus modules have. Now when you look at the alleged iPhone 7 camera module (in the centre of the image shared by Nowhereelse) you can see that there are four small cutouts that surround the camera. This houses the components necessary for optical image stabilization.

With OIS incorporated into the 4.7-inch model, the question is what feature Apple will add to the higher-end 5.5-inch model that will differentiate the handset image quality-wise, like it did the previous two generations. One option is the dual-camera lens, which was rumoured plenty of times to let us believe that is the case.

However, until Apple confirms it — possibly on September 7 — take this with a grain of salt.

Apple has removed the vocals from its "Big and Bigger" advertisement for the iPhone 14 and iPhone 14 Plus (via Reddit). While Apple hasn't said what caused the move, it was likely a result of people mishearing lyrics in Idris Elba's Biggest, the song the spot is set to. In the post-chorus of the song...
Nehal Malik
54 mins ago