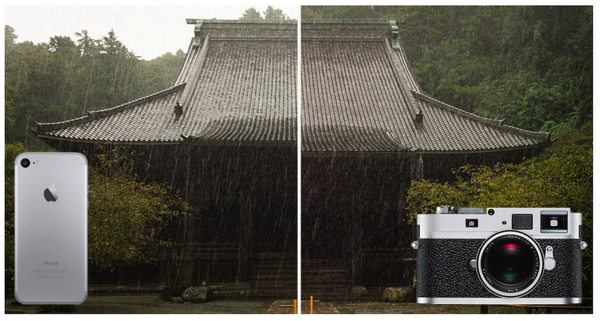 Exhibited Japanese street photographer Shin Noguchi, who has also been featured and interviewed by Leica’s official blog, has compared the camera quality of Apple’s latest flagship iPhone 7 with that of Leica’s high-end M9-P digital rangefinder, by shooting the same scenes and then comparing them side-by-side. Looking at the results, no wonder the pro photographer was blown away by the quality of photos taken with iPhone 7.

“The iPhone 7 is the best 1/3″ sensor camera, nothing more, nothing less,” says Noguchi.

The left half of the following image was captured by an iPhone 7 camera and the right half was shot with a Leica M9-P with a Leica Summicron lens,  a camera kit worth over $9,000. 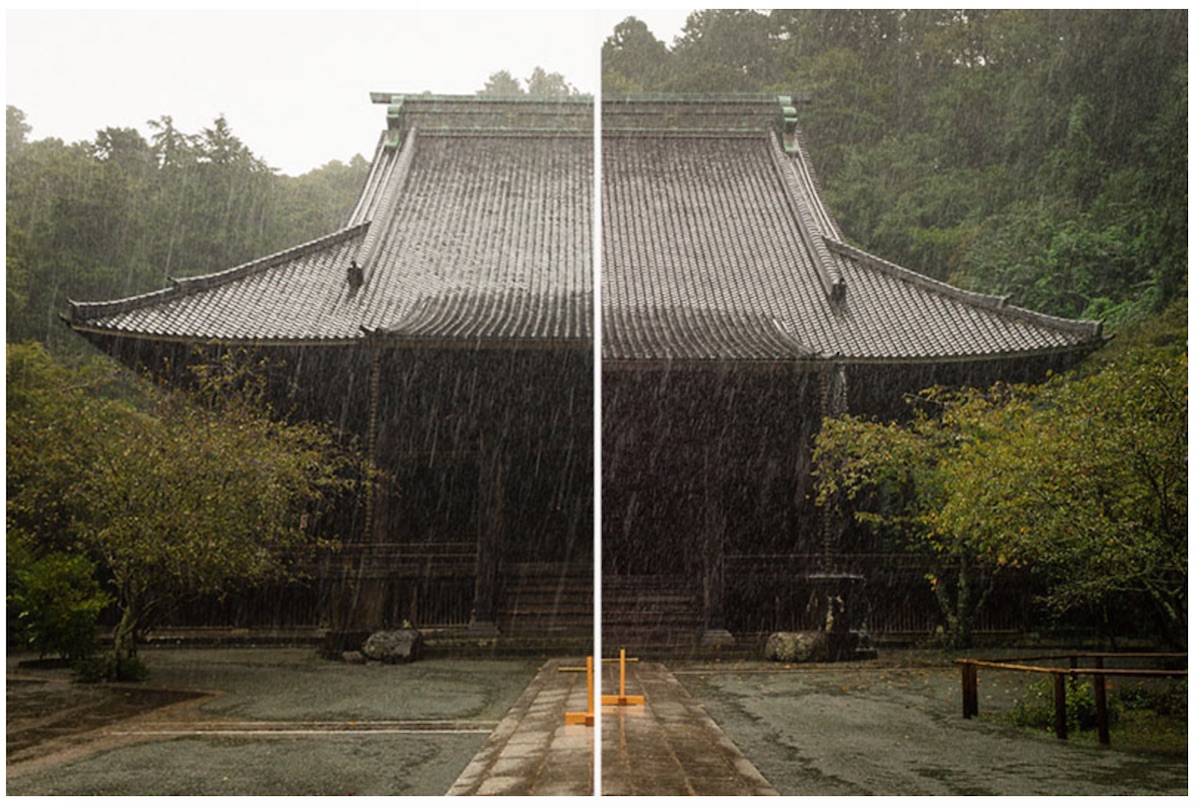 Check out the following crop comparisons from the two shots showing some impressive details in the frames, and share your thoughts with us in the comments. 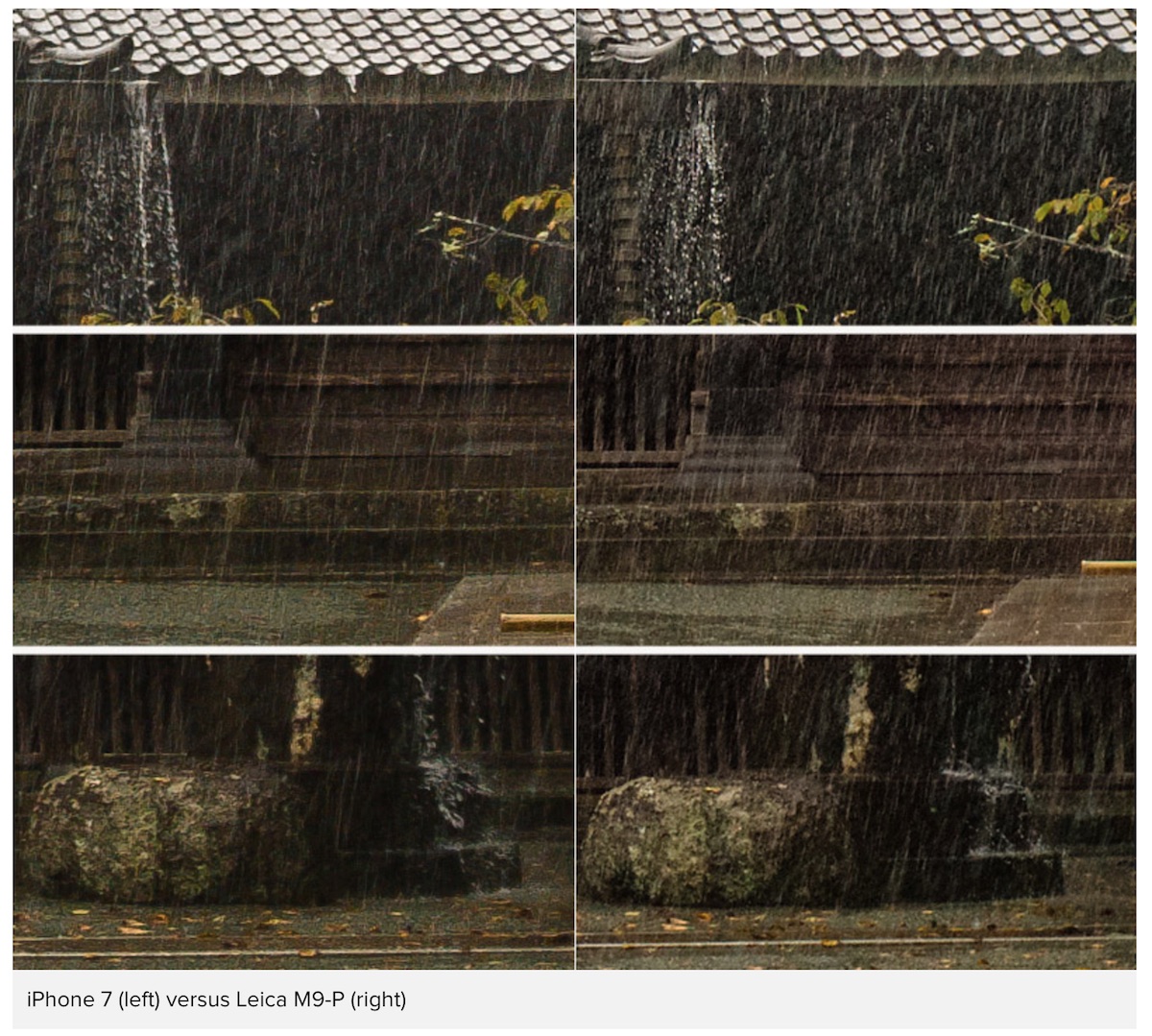