A new ‘iPhone 7 Edge’ concept by artist SCAVidsHD has imagined the next iPhone featuring a 5.5-inch curved display with 2K resolution, an A10 chip with 4GB RAM, 3500mAh battery, surround sound speakers and a 16MP camera (via iPhoneHacks). The concept device does however look quite similar to the current iPhone 6 / 6s design from the front, with only a few minor design tweaks, including speaker grilles at the top and bottom. 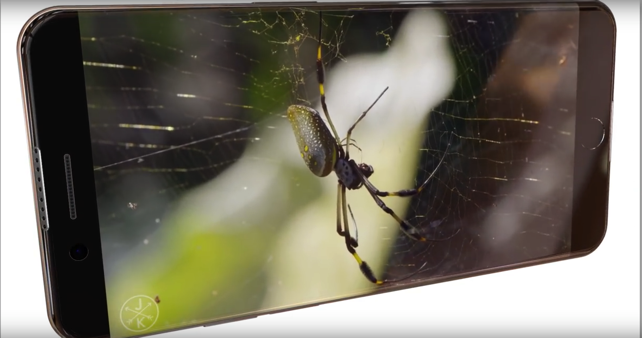 It’s pretty ironic how the designer has taken inspiration from Samsung, the Korean copycat giant who rarely ever designs anything worth copying, for the concept device’s name as well as the curved display for a so-called “more immersive experience”. Fortunately though, the concept keeps the home button with the integrated Touch ID sensor around, unlike some previous iPhone 7 concepts, and also ditches the rear camera hump found on the iPhone 6 / 6s.

Check out the following video and tell us what you think: