Following up on its earlier report on the alleged iPhone 7 logic board, MacRumors today posted additional information after carefully studying the images and comparing them with previous models’ logic boards. 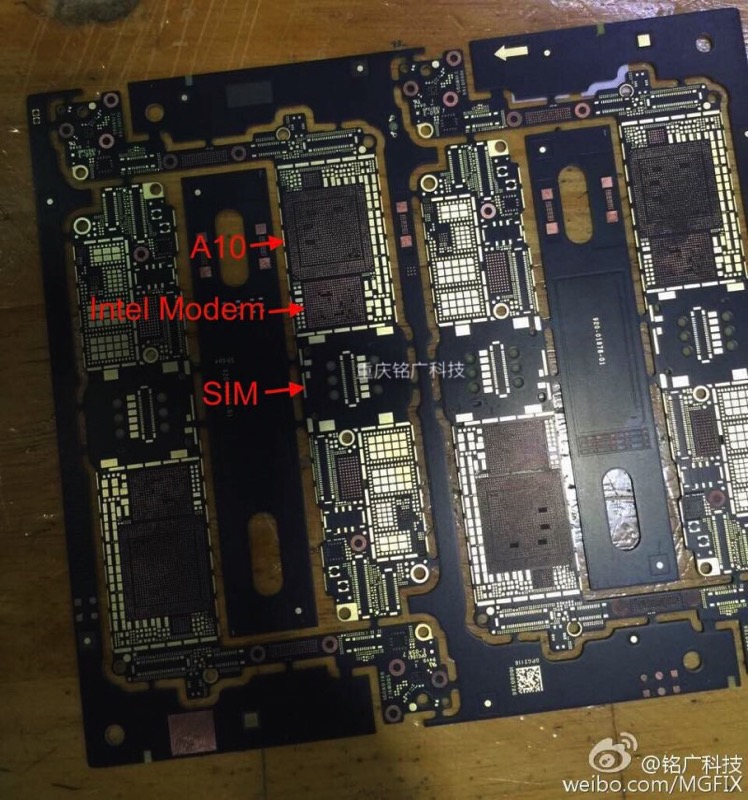 Based on what they’ve seen on the leaked iPhone 7 logic board, MacRumors concluded that rumours of Apple switching from Qualcomm to Intel modems may be true, or at least in part. Reports also mentioned that Apple could use Qualcomm’s baseband modem for a so-called international model with differing LTE band options.

What prompted this conclusion is the pad pattern for the baseband modem part, which seems to match the baseband modem dimensions listed on Intel’s website. The rumour mill is talking about the XMM 7360 LTE modem, which is capable of download speeds of 450 Mbps and upload of 100 Mbps, and that Intel has secured at least half of the iPhone 7 LTE modem orders.

After carefully inspecting the photos, MacRumors has found that the separation between RF chain and audio/battery components has gone from horizontal to vertical, and as such leaves more space to the area dedicated to audio amplifiers and battery charger, suggesting that this has to do with Apple’s move to remove with 3.5mm headphone jack.

Another change highlighted by MacRumors is related to the A10 chip: they noticed a vacant row of pads near all four edges of the pad pattern, suggesting that with the A10 we will likely see growth in die size without a notable increase in transistor count. The report also notes the presence of four rectangular boxes of missing pins, possibly for performance improvement reasons.

Apple is rumoured to unveil the iPhone 7 early in September, and as we approach the launch date, we will likely see other component leaks, which will reveal additional details on the logic board tweaks.