Early iPhone buyers seem to have greater preference for the 5.5-inch screen of the iPhone 7 Plus this year, Slice Intelligence notes after crunching data from its panel of 4 million online shoppers. 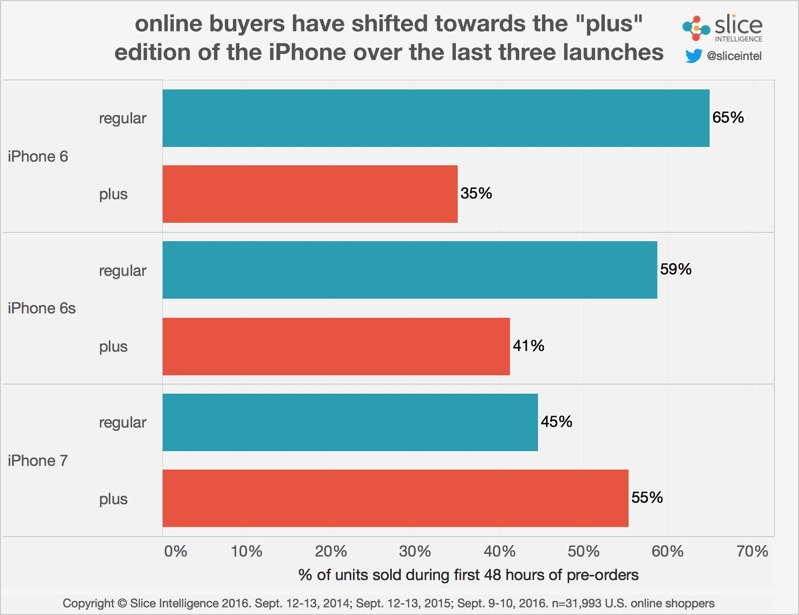 For the first time, the Plus model is gaining more attention than the 4.7-inch (regular) model, according to Slice. Among the shoppers pre-ordering the iPhone 7 in the first 48 hours of availability, more than half (55%) chose the iPhone 7 Plus model, which compares to the more than half of early shoppers of the 6 and 6s (65% and 59%, respectively).

Slice notes that those pre-ordering the 4.7-inch model tend to be Apple loyalists, and that the iPhone upgrade cycle is picking up, as only a third (34%) of iPhone 7 buyers hadn’t purchased a phone online since 2014 compared to 40% of 6s buyers. When it comes to storage, shopping habits remain unchanged: The middle storage option was the preferred variant, the report reveals. 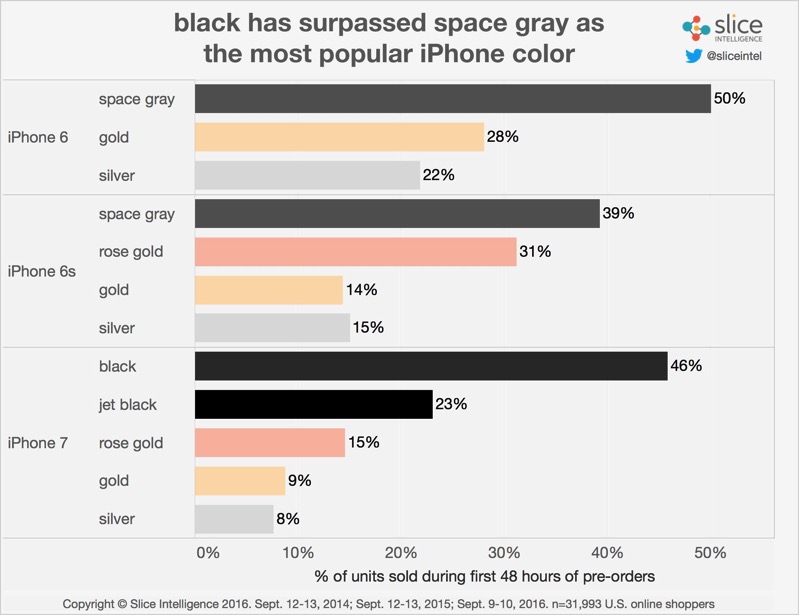 Black is the most popular colour again. According to Slice, 46% of early shoppers pre-ordered the matte black model, and 39% the jet black. This compares to last year’s pre-order habits, where the Space Grey was the most sought-after colour option (39%). The Rose Gold was also highly popular (31%). 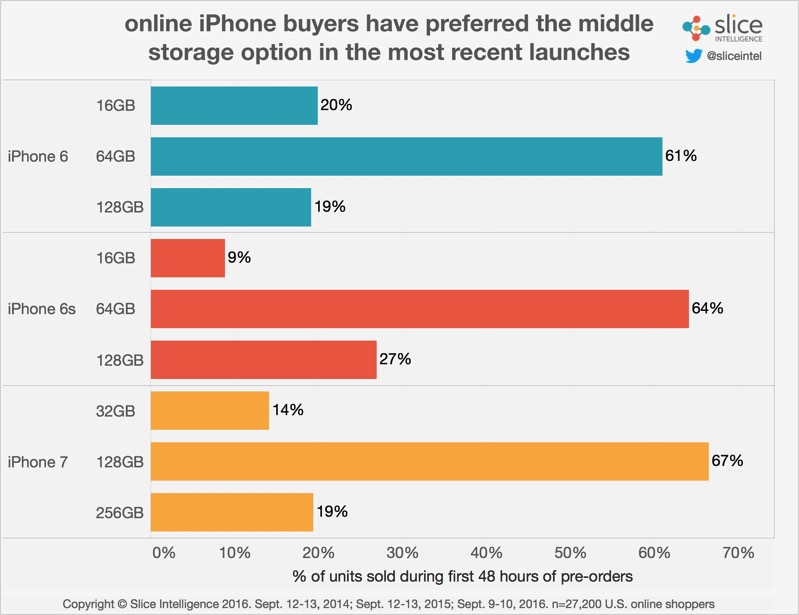 The Jet Black iPhone 7 Plus appears to be in high demand. Despite placing the order at the start, we’ve got a Sept. 27–Oct. 4 delivery window, and as we previously reported, Apple informed buyers that Plus units won’t be available in stores.