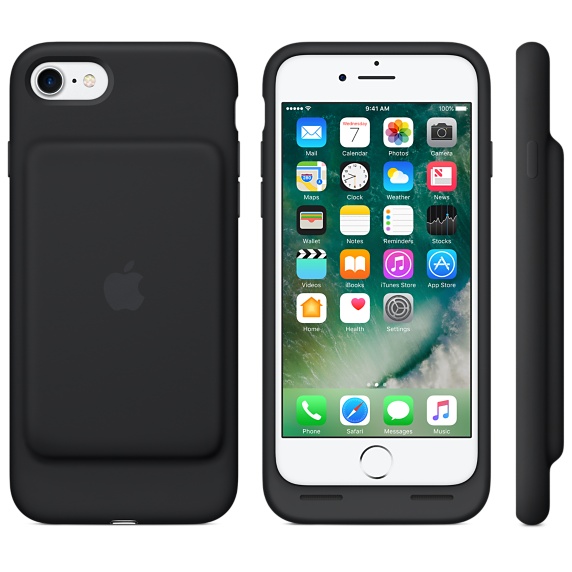 As Chinese reports have pointed out, the iPhone 7 has a 1,960 mAh battery – soon to be confirmed or denied by iFixit – which means the iPhone 7 Smart Battery Case is able to charge the handset fully with roughly 17% capacity remaining, as pointed out by MacRumors.

Apple says the iPhone 7 Smart Battery Case will give you 26 hours of talk time, internet usage up to 22 hours on 4G LTE, and video playback up to 24 hours.

You may recall that Apple quietly released this accessory in December 2015, but that the case made waves due to its weird design choice. Some reviewers loved it, some didn’t, but in the end, it’s the battery case Apple wanted to release to solve “a problem for which no one has created an elegant solution,” as Daring Fireball’s John Gruber said.

Without the Smart Battery Case, the iPhone 7 promises to deliver up to 14 hours of talk time on 3G (which is 2 hours longer than the iPhone 6s), internet usage of up to 12 hours on 3G or LTE, and up to 13 hours of video playback.