The folks over at DisplayMate Technologies have just published their latest display technology shootout, comparing the new iPhone 7 with the iPhone 6, and it appears the latest iPhones have the “best LCD display” they have ever tested. “The iPhone 7 display is a truly impressive major enhancement and advancement on the iPhone 6 display… and even every other mobile LCD display that we have ever tested”, the experts said. 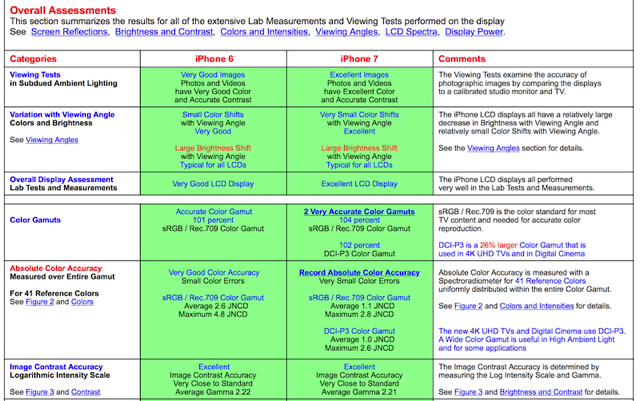 To compare the performance of the two iPhone displays, DisplayMate ran their in-depth series of Mobile Display Technology Shoot-Out Lab tests and measurements in order to determine how these latest LCD displays have improved. “We take display quality very seriously and provide in-depth objective analysis based on detailed laboratory tests and measurements and extensive viewing tests with both test patterns, test images and test photos.”

Below are the most interesting display enhancements and improvements on the iPhone 7:

To read more about DisplayMate’s comprehensive display tests, measurements and analysis, hit up the source link.