How does Apple’s iPhone 8 Plus compare to the Google Pixel 2 XL? YouTube channel PhoneBuff has shared a video putting both of these phones to the test, in their well-known app-opening and re-opening speed test. 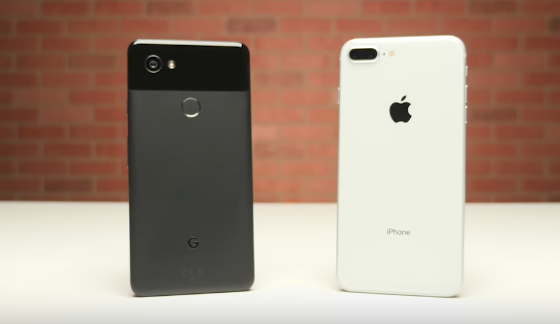 These tests aren’t exactly scientific but rather a casual observation at how both phones handle multitasking across a variety of simple and more resource-intensive apps.

At the end of the day, the iPhone 8 Plus just narrowly beat out the Pixel 2 XL by five seconds overall. The test sees each phone open a list of apps, then revisits them for the second lap. Total time for the iPhone was 2 minutes and 5 seconds to complete the test. PhoneBuff says they did the test a few times and saw consistent times for the iPhone 8 Plus.

Earlier, PhoneBuff shared a clip of the iPhone 8 Plus versus the Galaxy Note 8, which Apple’s smartphone lost, which some blamed on the version of iOS 11 used in that test.