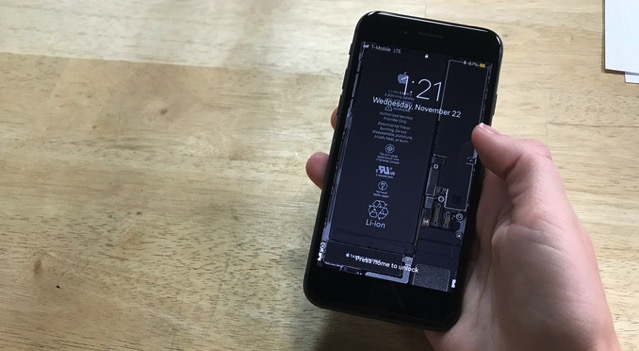 We have two levels of X-ray vision for you today: a skin-deep view of the internals—as if the screen were see-through—and an honest-to-goodness X-ray vision edition of the whole phone seen via X-rays (thanks, Creative Electron). We’ve got sets for both the iPhone 8 and iPhone 8 Plus. And at no extra cost—we’re doubling your order!

All you need to do is visit this page on your phone and scroll down to find the image you want as your wallpaper. Click on the photo for the full resolution, and save the image to your phone. The easiest way to set it is to go to Settings > Wallpaper> Choose New Wallpaper where you will see the newly saved internals wallpaper at the top. Select it and set it up.

You can use either the Still or Perspective modes, whatever suits you, both the cropped and uncropped images will work for either.