Apple has done a great job by introducing Activation Lock with iOS 7, but that’s just a minor step compared to what needs to be done to fight the black market. A recent report from Wired gives us an inside look at how the black market works in a lengthy story that takes us back to late May of 2012. 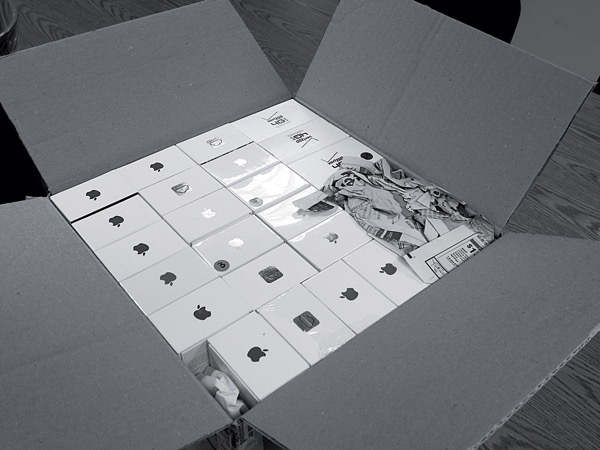 It all started with a suspicious package that FedEx personnel reported to Apple. As it turns out, the package contained a number of contraband iPhones, which a man named Brian Fichtner started to follow after writing down their serial numbers, resealing the package, and tracking the route the package took.

Sent from a Sacramento resident, the package containing 37 iPhones ended up with a guy named Shou Lin Wen, who had prepared a shipment to Hong Kong containing 190 brand-new smartphones, mostly iPhones.

After following these guys for months, Fichtner and the guys from the California Department of Justice’s elite eCrime Unit uncovered a so-called “credit-mule scheme, ingenious in its simplicity and impressive in its reach,” writes Wired. Here is how it worked:

Middlemen such as Shamshad were dispatched to seemingly random American cities, where they trolled homeless shelters and halfway houses, offering $100 to anyone who would buy, on their behalf, a few on-contract phones from a local electronics store.

Back in California, the contraband was handed off to Wen and Tan, who arranged to have the phones shipped to their contacts in Asia. The profit margin was enormous: In North America, wireless carriers typically subsidize the cost of our smartphones in order to lure us into multiyear voice and data contracts. To obtain a phone, in other words, we fork over a small fraction of the device’s actual market worth.

The eCrime Unit helps us put that into numbers: in a single year, Wen mailed 111 parcels using his FedEx account, and by the time their operation was closed down by investigators, he and his wife were close to $2.5 million in annual income.

You can read the whole story by following this link.