A man from Metro Atlanta has told the local Channel Two Action News that his iPhone 6 Plus spontaneously caught fire in the front pocket of his jeans, forcing him to strip in public (via CultOfMac). “I mean, it was pretty humiliating having to take your pants off in a parking lot,” said the man, while asking the news channel not to reveal his identity, other than his first name, Rocky. 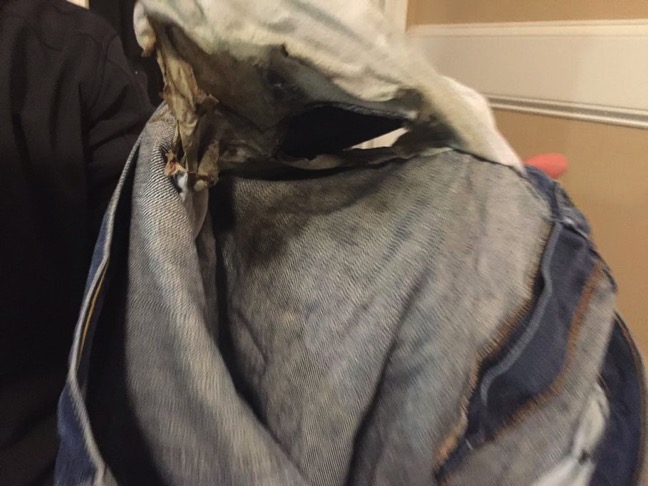 Rocky said that he felt an intense burning sensation in his front pocket while he was loading up his car at a Home Depot Tuesday afternoon. Seconds later, smoke began billowing out of it, so he stripped off his pants as quickly as he could, he added.

“When I saw the smoke, I undid my belt, I undid my pants,” said Rocky. “I pushed it away, turned my head hoping it wouldn’t explode. It burned pretty much my whole front pocket, burned my boxers, started to burn my leg, but I had moved it away in time so it wouldn’t burn me.” Rocky said that fortunately he escaped any serious injury.

Rocky revealed that his iPhone was a third-party refurbished handset, and the company has already sent him a replacement phone, though he said he’s still looking for an apology. “I guess a call from somebody just taking responsibility for it and apologizing,” Rocky said. 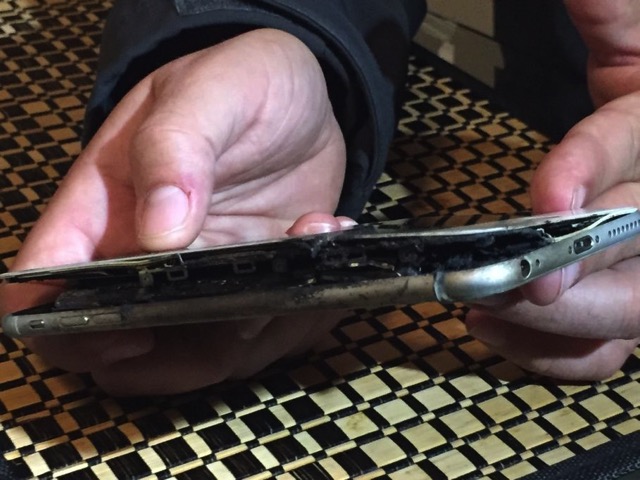 A spokesperson for Apple has told Channel Two Action News said that it was still too soon for the company to comment, but promised to get to the bottom of what happened.