With exact details of the next iPhone kept under pretty tight wraps, news of the next generation ‘iPhone Cinco’ has been revealed by fake Apple news site, Scoopertino, set to brighten up your Monday. This device will debut in Mexico at the end of September, and is all about the siesta, baby.

In iPhone cinco, Mexican is more than skin deep. The most obvious change is the new Snooze button that sits alongside iPhone’s traditional Home button. Now you can literally snooze in the middle of any activity: email, browsing, games, music, movies and more. Just click Snooze and iPhone cinco will shut down, ignoring all input for the next two hours. (Snooze period is adjustable in Settings.) 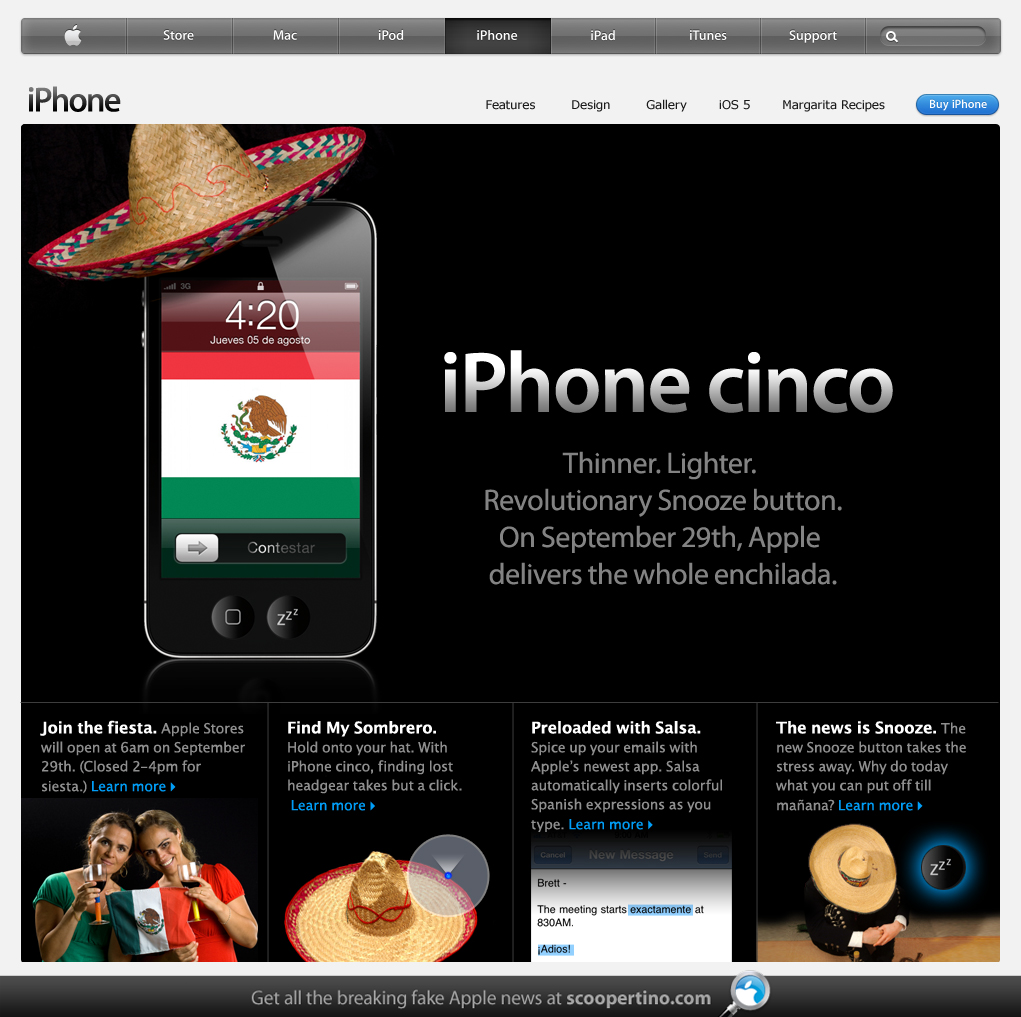 Key features will include Find My Sombrero (for lost hats), and a new ‘Snooze’ button to perfect your afternoon siesta. Not only that, Safari will slow things down to load pages at 48% slower. Tim Cook on the changes:

“We listen to our customers,” says Cook. “They think the world is moving too fast, so we’re just going to slow things down a bit.”

Señor Phil Schiller rehearsing for the next media event: 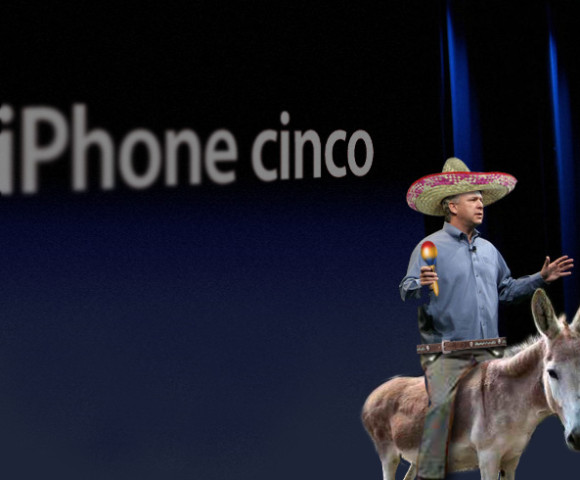 Okay, I want one. Forget the iPhone 5, seriously.