Use iPhone’s Driving Mode to Curb Distractions From Your Phone

Apple introduced a new “Do Not Disturb While Driving” mode with iOS 11, which turns on automatically when your iPhone connects to your car via Bluetooth or when your iPhone senses driving motion. When its enabled, if someone sends you a message, they receive an automatic reply letting them know that you’re driving with a preset text message. 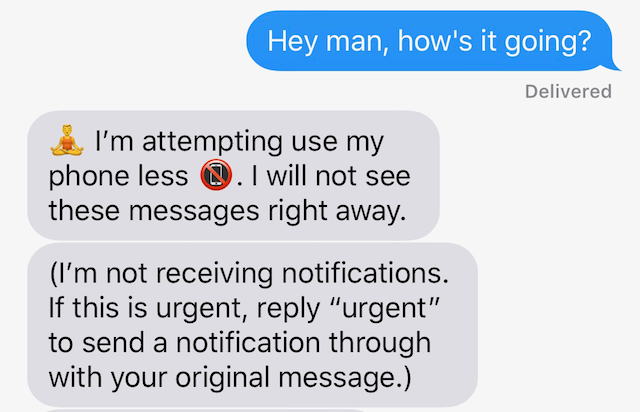 However, it seems that the same feature can be effectively used to to curb distractions from your iPhone, even when you’re not driving and just need to take a break. All you need to do is modify the default automatic text reply and tell your friends that you are taking “a digital detox” and won’t be able to get back right away (via Medium).

Here’s how to modify the Do Not Disturb feature to work even when you’re not driving with your own custom message.

Visit “Settings > Do Not Disturb” then choose “Activate > Manually”

Set your custom away message and who you’d like it sent to.

Now you need a way to activate the manual mode so that the mode can be turned on whenever you like.

To do this visit “Settings >  Control Center > Customize Controls” and add the “Do Not Disturb While Driving” to your control center.

Simply access your Control Center and select the “Do Not Disturb While Driving” icon to turn on the feature. 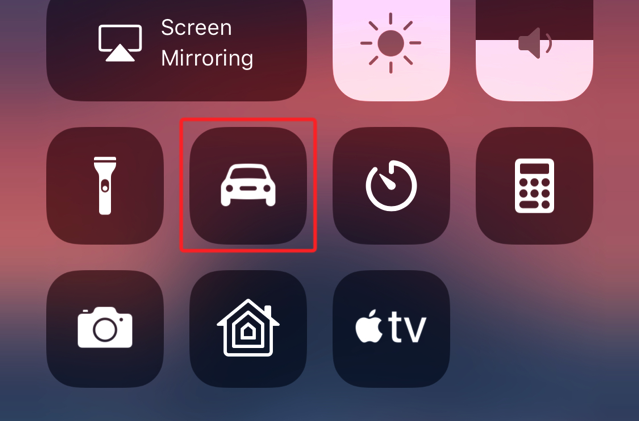 That’s it! Now you’re in text free bliss and can no longer access your apps until you turn the feature off.