The objective is, while racing against the clock, for players to use four letters to create as many four-letter words as they can. The more words you can create, the higher your score climbs and the more time you receive.

As you play, a secondary objective is to spell the “bonus word” which gets you a huge amount of points and extra time, in some cases reseting the clock back to the start.

While the bonus word is lucratice, it is tough to acheieve and changes every time you successfully spell it.

Tiny Words also supports Game Center so you can track your rank on the leaderboards.

Tiny Words is great because its simplicity delivers endless word combinations and a lot of fun! Tiny Words is available in the App Store for $0.99. 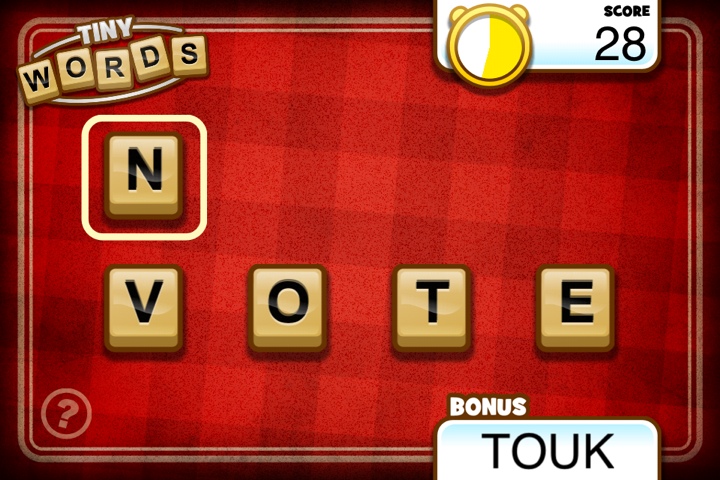