Apple has added the ability to add hotel room keys to the Wallet app on the iPhone and Apple Watch with the release of iOS 15 and watchOS 8, eliminating the need for a traditional plastic room card. A newly shared video shows this room key feature in action (via MacRumors). 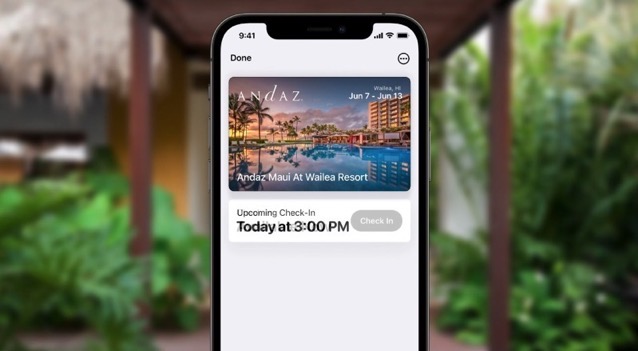 To test the feature, KTLA’s Rich DeMuro visited the Long Beach location and shot a small video sharing how it works.

“DeMuro tested the feature with Express Mode enabled, meaning that the iPhone does not need to be unlocked in order to be used as a hotel room key. The process was quick and seamless, allowing him to gain access to his room and the elevator in a split second.”

If the iPhone’s battery runs out, an automatic Power Reserve feature allows the device to be used as a hotel key.

Check it out and tell us what you think in the comments section below.