As revealed by earlier reports, Apple’s iPhone is the most sought-after smartphone in the US. The latest data from Consumer Intelligence Research Partners (CIRP) comes to shed more light on this: there were 110 million iPhones in use in the US by the end of 2015. 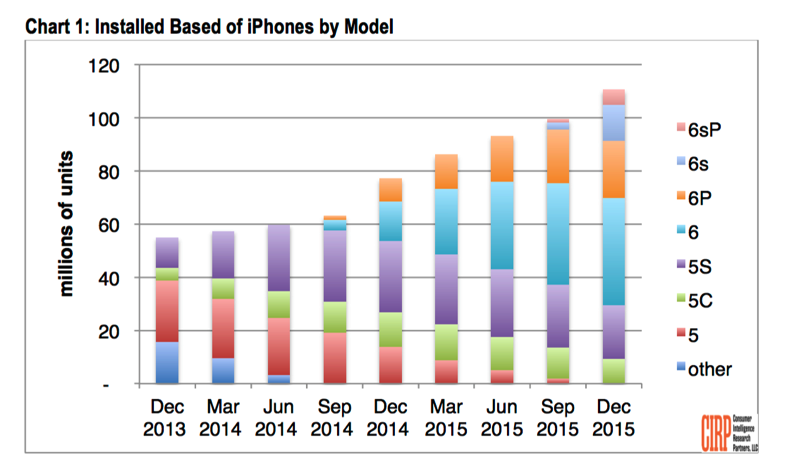 Based on a survey of 500 people recruited online through social networks, with rigorous screening to assure individual subjects qualify for each particular survey, Mike Levin, the co-founder of CIRP, estimates the total number of iPhone 6 or later devices in use in the US is 81 million.

“For comparison, the iPhone 5S sold about 40 million in the same period in 2013-2014. Not surprisingly, the 6s and 6s Plus did not sell quite as well as the original 6 and 6 Plus, as the first new size models accelerated upgrades last year, leaving fewer potential buyers for the second generation,” Levin said.

This compares to the roughly 85 million total iPhone users in the US based on comScore’s data for the fourth quarter of 2015. Also, the latest Park Associates report claims Apple has 40% of the US smartphone market and 33% of iPhone owners still have a model that is more than two years old, without disclosing the total (estimated) number of smartphone owners in the US.