iPhone Is Losing Its Charm Among Consumers In Singapore & Hong Kong

A report published by Reuters today claims that Asia’s well-heeled consumers in Singapore and Hong Kong are losing interest in the iPhone and are turning to smartphones from other brands, notably those from Samsung, Apple’s biggest competitor. The trend is reportedly driven by a combination of “iPhone fatigue” and a desire to be different. 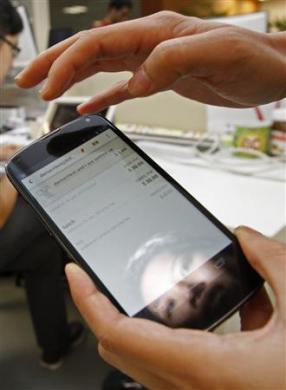 Two years back, Apple dominated Singapore with users carrying more more iOS devices here per capita than anywhere else in the world. But now, Apple’s share of mobile devices in Singapore has declined sharply during the last year. From 72% in January 2012, its share fell to 50 percent this month, while Android devices have grown almost 20%. In Hong Kong, devices running iOS now account for around 30% while Android devices account for nearly two-thirds.

“Apple is still viewed as a prestigious brand, but there are just so many other cool smartphones out there now that the competition is just much stiffer,” said Tom Clayton, chief executive of Singapore-based Bubble Motion , which develops a popular regional social media app called Bubbly.

“Singapore and Hong Kong tend to be, from an electronics perspective, leading indicators on what is going to be hot in Western Europe and North America, as well as what is going to take off in the region,” said Jim Wagstaff, who runs a Singapore-based company called Jam Factory developing mobile apps for enterprises.

While some want to stand out from the iPhone-carrying crowd, others find the higher-powered, bigger-screened Android devices better suited to their habits. Janet Chan, a 25-year-old Hong Kong advertising executive, has an iPhone 5 but its fast-draining battery and the appeal of a bigger screen for watching movies is prodding her to switch to a Samsung Galaxy Note II.

“IPhones are like Louis Vuitton handbags,” said marketing manager Narisara Konglua in Bangkok, who uses a Galaxy SIII. “It’s become so commonplace to see people with iPads and iPhones so you lose your cool edge having one.”