The U.S. Patent and Trademark Office has today awarded a new patent to Apple, according to which an iPhone user can share stored content, like pictures, mucic or location data, with a second iPhone user that is put on hold during a call, AppleInsider reports. Apple won a similar patent back in April as well, which involved a system that gives an on-hold caller access to data on another user’s iPhone. 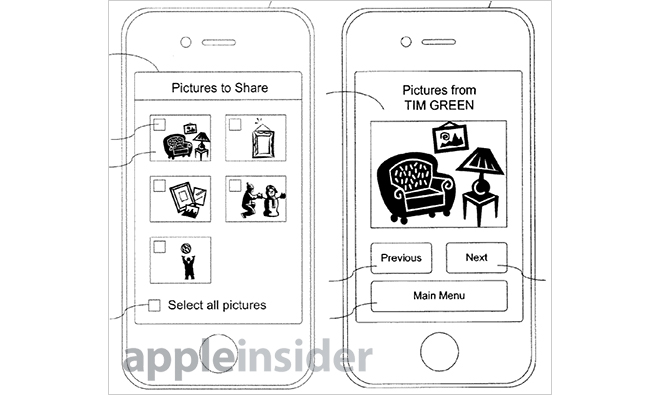 Apple’s newly granted patent describes a system that first determines when a user places a caller on hold. In case the user has enabled sharing of content, the iPhone will send an interactive visual menu to the on-hold user’s iPhone, from which a number of options will be available. The menu will show a dynamic list of content made public by the first user, while other sensitive data is kept private. The filing notes that once a user is ready to switch back to the caller, the system will end the sharing session and immediately revert to voice communications.

“Examples of shared content can include pictures, music, videos, status updates, upcoming calendar events, location information, hold time, or “any other types of content that may be stored on or determined by the mobile device.” Further, the system can be personalized for specific callers by using a configuration tool that sets level of access for certain content. For example, only family member may have access to personal information like location data, while music and other media is shared with all callers.” 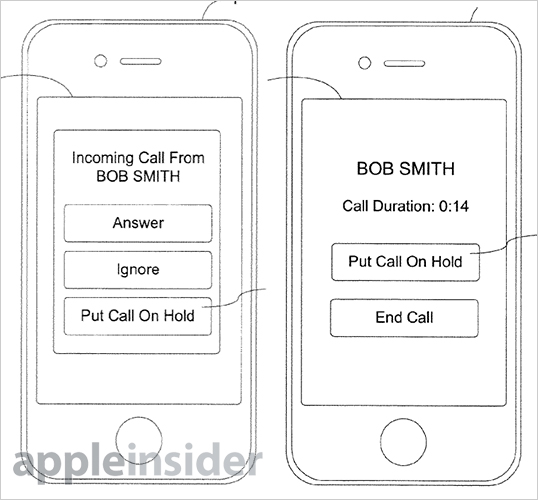 Apple first filed the on-hold visual menu patent back in 2011, and has been credited to a number of company veterans.