Apple’s iPhone was the Most Popular Smartphone in Canada in 2014: comScore

The annual Canada Digital Future in Focus report has been released by comScore, detailing trends in desktop, mobile and video consumption from 2014. The whitepaper was sent out to email subscribers yesterday morning by Brent Bernie, the president of comScore Canada. We’ll be focusing on the mobile segment of the report.

These numbers are higher than the 68% smartphone penetration rate Catalyst released earlier in the week. 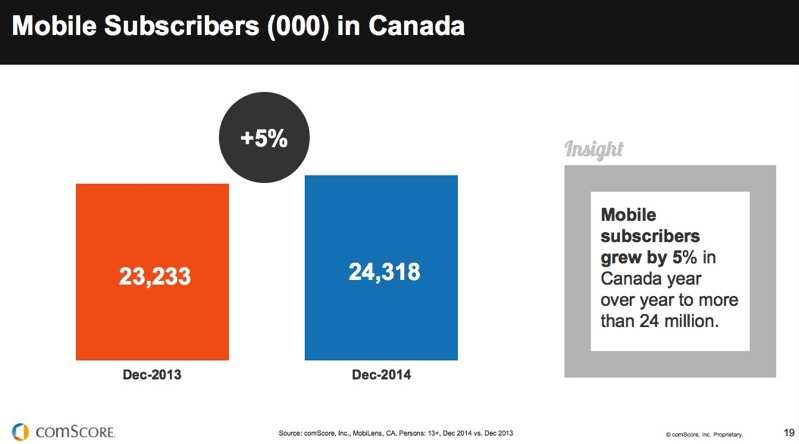 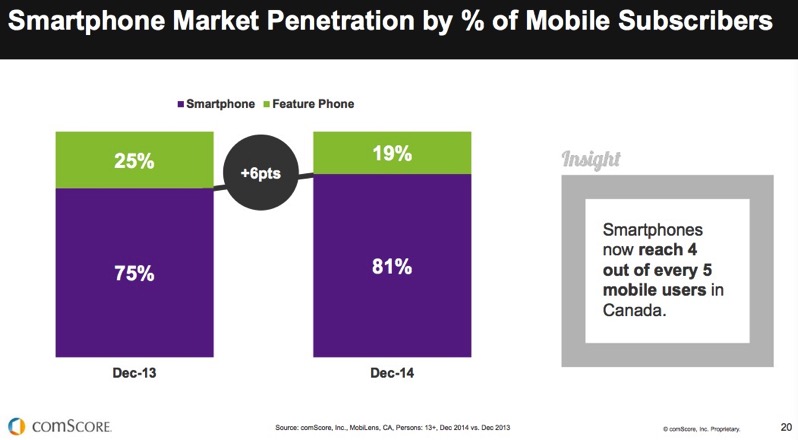 As for the most popular smartphone manufacturer in Canada, that went to Apple’s iPhone, which saw 38.3% of smartphone users, followed by Samsung in second place with 32.4%.

In terms of iOS versus Android though, the latter dominated with 50.5% of the smartphone market, while iOS was at 38.3%. With way more Android phones offered by various manufacturers with various price points, this is no surprise. 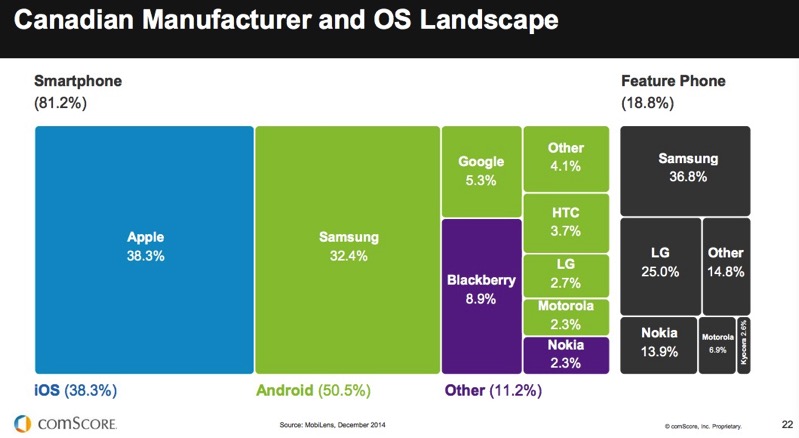 Compared to last year’s comScore data, iOS was at 37%, while Android was at 44% of mobile subscribers.

As for how we spent our time on mobile devices? Instant messengers dominated, followed by gaming and social media. More and more users are accessing social media daily, seeing a 19% increase compared to a year ago.

As for tablets? There are now 9.3 million tablets in Canada as of December 2014, a 56% jump since June of 2013. People spent the most amount of time on their tablets with gaming, followed by checking out weather, retail and social networking.

You can check out the entire comScore report here if you want further details.

We’re rounding the corner into another month and Bell Media today has shared its list of what’s new on the Crave streaming service for February 2023. February is Black History Month and Crave has highlights featuring Black creators, talent, and cultural figures with various curated special collections. One upcoming title is the TSN and Crave Original […]
iPhoneinCanada.ca
6 mins ago