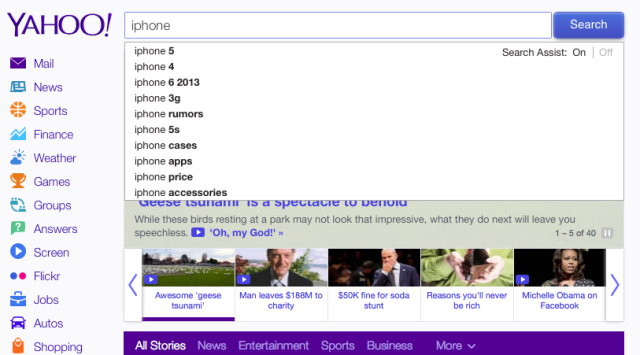 The holiday season “officially” kicked off today with Black Friday deals all over the country. Shoppers from all around the globe, however, use modern technology to get useful information about the products they are after. And according to Yahoo’s recently published most-searched-for tech items of 2013, Apple’s iPhone has managed to maintain its charm among customers, at least among the British (via the Daily Star).

As the Yahoo! list reveals, Apple’s iPhone has most searches, which means that despite criticism from all around for the “lack of innovation” (we have a couple of facts to point to that contradict those claims, though) the Cupertino-based company still has the charm factor.

It is known that the iPhone generates the majority of the company’s revenue. But there is another emerging product, the iPad, which, according to Yahoo!’s list, currently sits in fourth place.

The iPhone is followed by Amazon’s Kindle, which, according to DisplayMate, has the best display in the world. Third on the list is the Samsung Galaxy smartphone. The iPad sits ahead of the Sony PlayStation 4 and Microsoft Xbox One.

Back in September, Pluto TV announced it would be launching in Canada in December and as of today, the free ad-supported streaming TV service is now live. This new Free Ad-Supported Streaming Television (FAST) service is from Paramount Global, with Corus Entertainment Inc. as its Canadian partner. Pluto TV says it is the world’s leading […]
Gary Ng
58 mins ago