Earlier this month, we reported how the flood of knockoff notches on Android smartphones mimicking the iPhone X has already started and now, a Bloomberg report citing people familiar with the situation is claiming that Google is indeed working on an overhaul of its Android software for smartphones copying Apple’s controversial notch. 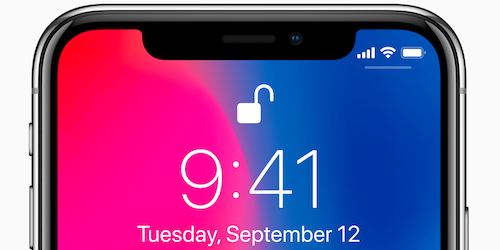 The publication adds that the software update, which is due for a release later this year, will also offer better integration of Google’s digital assistant, in addition to improved battery life and support for multiple screens and foldable displays on Android phones.

Sources have also told Bloomberg that one of the key goals of this year’s update to Android OS is to persuade more iPhone users to switch to Android devices by improving the look of the software.

While Android dominates the middle and low-end of the global smartphone market, Apple controls much of the high-end with users who spend more on apps and other services. Embracing the notch may help change that. The design will mean more new Android phones with cutouts at the top of their screens to fit cameras and other sensors.

What’s unlikely to change much is Android’s nagging problem: Most of the billion-plus Android devices globally run outdated versions of the operating system, exposing security holes and holding back Google’s newest mobile innovations.

The dramatic Android redesign will be a contrast to this year’s iOS update, which will reportedly lack a clear outward-facing upgrade in favour of system improvements for performance and reliability.