Apple introduced the iPhone notch with the introduction of the Face ID back in 2017, and ever since, the company has been adjusting its size, both in terms of width and height, to accommodate the various sensors.

To get an idea of how the iPhone notch has evolved in size over the years, 512Pixels has put together a detailed graphic that shows the exact size of the notch on every iPhone released so far.

Here’s what the author says:

“The thing that really surprised me was how much the notch has changed over the years. Side-by-side, notches on OLED iPhones all look the same, but clearly, Apple has done a fair bit of tinkering over the years to the design. In fact, the notches on the iPhone 12 line are taller than any other models.”

Check out the graphic below and share your thoughts with us about Apple’s future plans for the iPhone notch in the comments section. 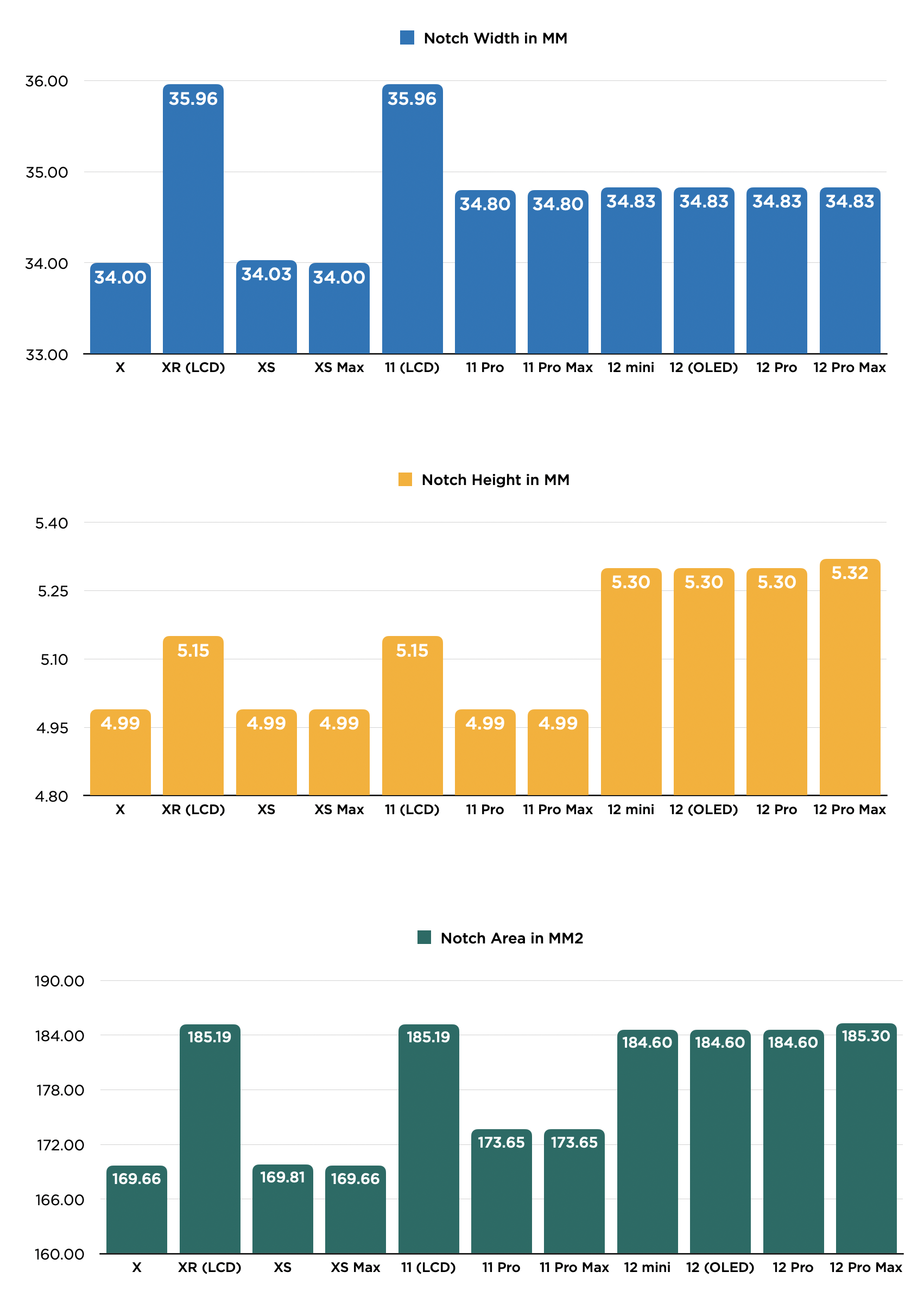