75% of US Teens Would Buy an iPhone As Next Smartphone, Survey Finds

Apple is clearly winning the hearts of teenagers with the iPhone, the latest Piper Jaffray survey has found (via Business Insider). And you might like to know that they spend a lot of their time staring at their smartphone screens (about six hours per day, according to the survey). 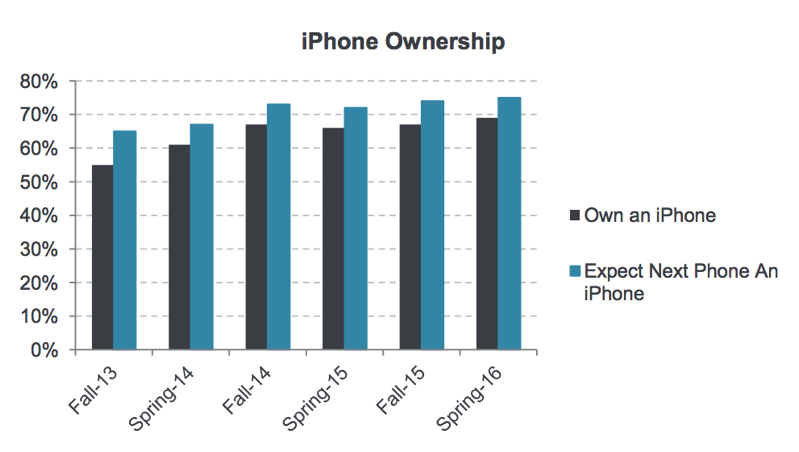 When it comes to the iPhone’s popularity among teens, here is what Piper Jaffray has found after surveying roughly 6500 teenagers with an average age of 16.5: nearly 7 out of 10 own an iPhone (69%), and 75% will opt for an iPhone when they buy their next smartphone.

While the iPhone is more popular than ever, the same does not go for the Apple Watch. The wearable has been around for almost a year now, but it hasn’t been as popular as some may have expected.

The Piper Jaffray survey reveals that teenagers’ preferred watch brand top ten lists do include the Apple Watch, but that it ranks much lower in popularity: Rolex, Michael Kors, Casio, and Fossil are more likely to get the attention of teens.

Another survey, this time conducted by Goldman Sachs and targeting the over 18s, has found that only 17% of US consumers want to buy an iPhone over the next three months. The percentage of potential buyers jumps to 44% when it comes to the iPhone 7, however, which Goldman Sachs’s Simona Jankowski deems a “remarkably high” percentage.