Best Buy has a one-day Friends & Family sale on Saturday, August 22 only, which also has some iPhone offers from Rogers, TELUS and Bell.

Bell and TELUS are offering the 16GB iPhone 6 for $49.99 on contract after a trade-in for new or existing customers.

Bell and Rogers are offering the 16GB iPhone 5s for $0 after trade-in on two-year plans, plus you get a free Beats Pill Speaker (worth $200). 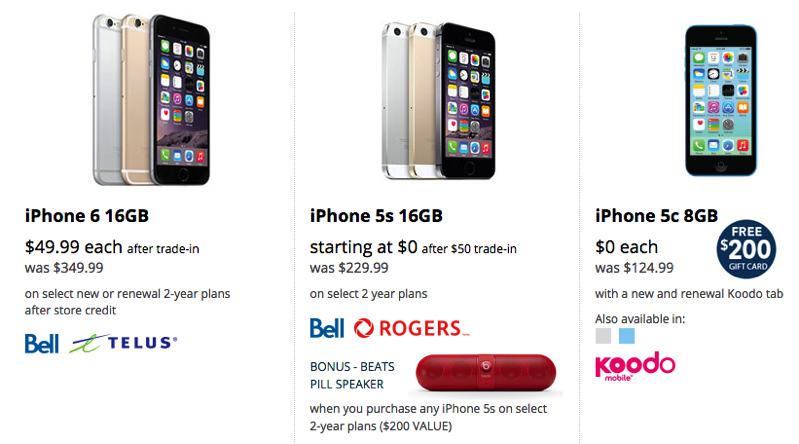 There are other sales to consider too, as all Beats headphones are on sale too.

Again, if you like contracts and are looking to get a new iPhone, this may be the time to consider one. But if you hold off until the holiday season, you may see some better deals on existing models, especially once new iPhones roll out in September.