Most predictions from yesterday’s Apple iPad Event was that we would see some sort of preview of the next iPhone OS–which never came. However, not all hope has been lost as Apple has updated their iPhone SDK (to support the iPad) to now allow VoIP over 3G!

The iPad is equipped with a mic and speaker which should allow calls. I’m confident the iPhone headphones will work seamlessly with the iPad (like they do on the unibody MacBooks). People have been complaining about why the iPad doesn’t have a phone feature. Well, your phone feature can be now through Skype. Why pay for a phone plan when your data connection can do it all? 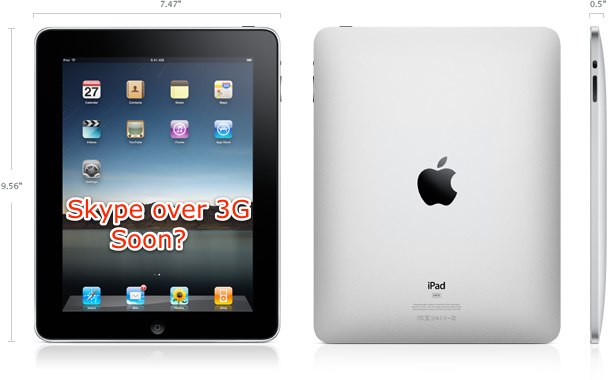 VoIP Over 3G Apps Are Already Available in the App Store

Evidence of this recent change is through the VoIP app iCall, which allows calls over 3G and WiFi. It’s only a matter of time before Skype releases an updated version to reflect calls over 3G. That means everybody with an iPhone (jailbroken or not) can start making unlimited calls within Canada/USA for $2.95/month (and even add Skype Caller ID!) on their iPads. Bring it on!