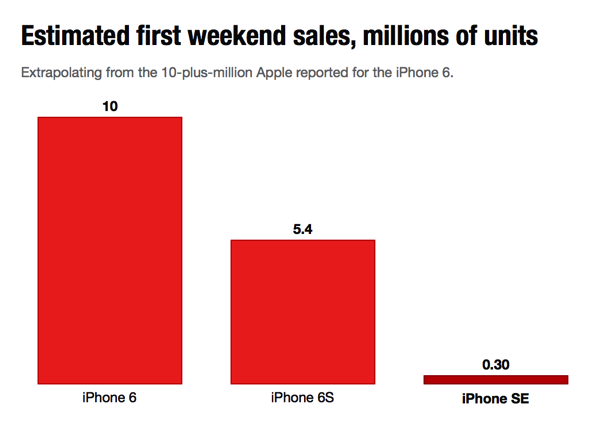 According to latest data from analytics firm Slice Intelligence, that extracts marketable data from the e-mail receipts of 4 million compliant online shoppers, Apple’s new 4-inch iPhone SE is attracting a surprising number of men, seniors, and Android users (via Fortune). While the total iPhone SE sales hit just 3% of the record 10 million-plus iPhone 6 units sold over three days in 2014, the buyers of the device look “much different” than the usual audience.

Along with sales numbers, Slice captures all sorts of demographic data, which makes for some interesting charts. For example, Slice found a disproportionate number of iPhone SE buyers are coming from “other” mobile operating systems, mostly Google’s Android.

Digging even deeper, Slice reports buyers of the SE “look much different than the Apple fanboy audience typically queuing up to buy the latest from Cupertino. They’re older, less educated, and surprisingly, more male.” 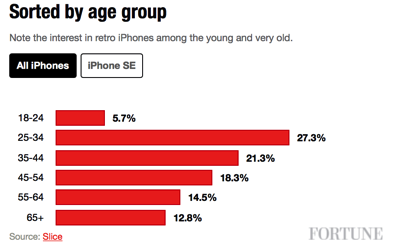 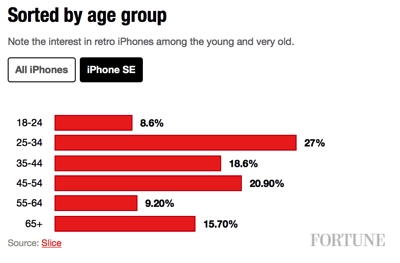 Slice says that a further indication that the iPhone SE is “bringing a new audience to iPhone,” are the differences in education levels. The report notes that only 39% of new SE owners have a college degree, whereas 46% of those who pre-ordered an iPhone 6 or 6S did.

Well, what do you guys think of these demographics?