Everybody has their own opinion about the iPhone SE, Apple’s newest 4-inch smartphone which packs the power of an iPhone 6s inside an iPhone 5s body (including 2GB of RAM).

Apple explained yesterday their 4-inch iPhones remain as popular as ever, with over 30 million sold in 2015 alone. It took Apple 2.5 years to sell that number of iPhones when they first started, from their entire line up (one could argue the lack of carrier partnerships could also have been a factor).

Two reasons were provided as to why the 4-inch iPhone remains so important, with one being customers still love smaller iPhones (they can fit into skinny jeans, right!); secondly, 4-inch iPhones are usually the first Apple smartphones for just over 33 percent of worldwide customers, while in China this number is well over 55 percent, according to the company’s keynote.

So with so many different reasons why the 4-inch iPhone remains popular, let’s take a look at a hilarious parody video made by YouTube channel jacksfilms. The one-minute parody is currently trending on YouTube and in a day has surpassed over half a million views. 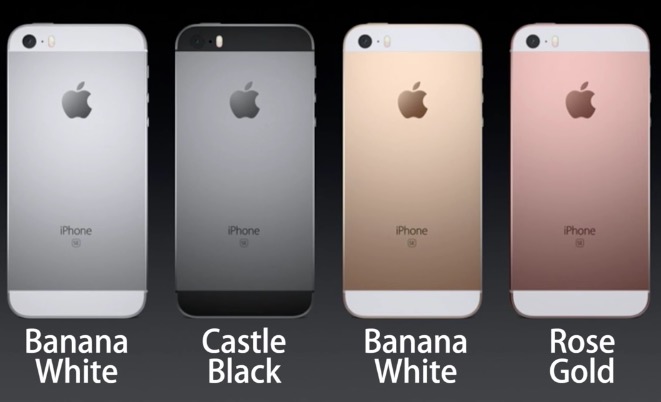 Check it the iPhone SE (or ‘say’) parody below and tell us what you think: