According to a teardown analysis of Apple’s new 4-inch iPhone SE by research firm IHS, it costs Apple approximately $160 to build and assemble the 16GB version of the device which it is currently selling for $399 contract free, Re/Code is reporting. The firm tore down a 16GB iPhone SE in order to assess the approximate cost of the components used and also to determine the identity of suppliers. 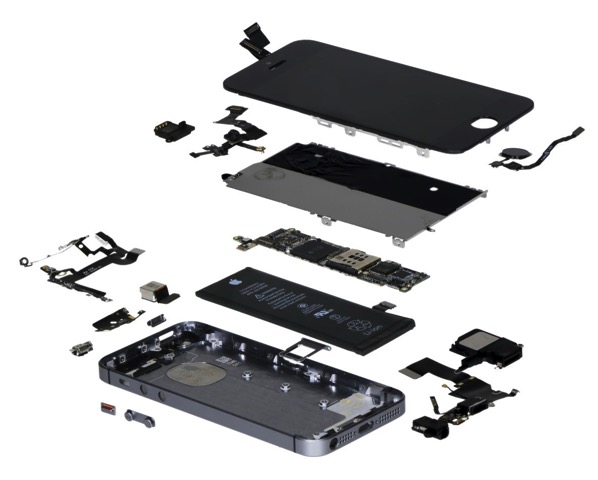 “The potential profit margin on the 16-gig phone is lower than it is on the 64-gig version,” he said. “Apple is selling the phone with the higher storage for $100 more but only about $10 in additional cost.”

While externally it looks very much like the iPhone 5s, which was Apple’s primary phone starting in mid-2013, it contains the same chips for connecting to cellular networks as the iPhone 6 and the same Apple A9 processor as the iPhone 6s. Chipmaker Qualcomm supplied the cellular chips, adding $15 in cost. Apple designed the A9 processor which added $22 to the final bill for parts. The chip is built by two companies: South Korea’s Samsung and Taiwan Semiconductor Manufacturing Corp.

IHS also highlighted that Apple’s decision to opt for a prior generation’s display technology for the iPhone SE reflects the company’s low-risk strategy, in case the device does not succeed in the market as expected.