According to data analysis by Montreal-based social TV analytics firm Seevibes, when it comes to tweeting while watching TV the iPhone ranks as the top device in Canada.

The conclusion was drawn from a December 2013 analysis of over 8 million interactions, in data released last month, as noted by Media in Canada:

Based on a December 2013 analysis of over eight million interactions, 43% of social TV Twitter interactions in the Canadian market came from iPhones, up from 41% in June 2013 and 36% in December 2012. Personal computers grabbed the next biggest share with 26%, then Android phones with 20%, tablets at 5.5% and then BlackBerry devices with just 3%. 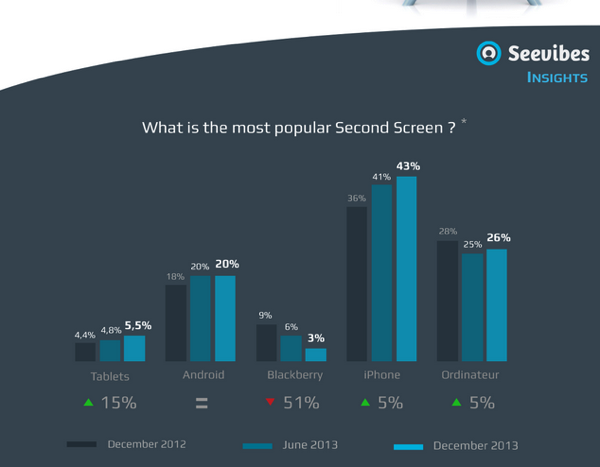