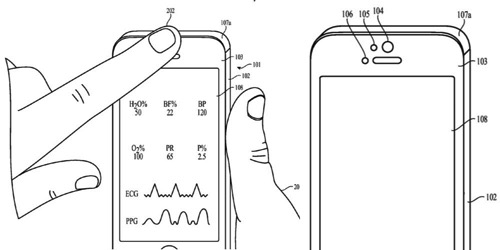 The patent details electrical contacts similar to those found on some more sophisticated bathroom scales to measure body fat. The same contacts could also be used to provide an electrocardiogram (ECG) reading. Furthermore, the patent describes how much data could be captured using nothing more than the camera and light sensor i.e. oxygen saturation, pulse rate, perfusion index and a photoplethysmogram.

Apple also notes that although some measurements can be taken using the iPhone’s existing low-tech light sensors, more sophisticated ones may be required for optimum use.

The patent was originally filed by Apple in Q1 2015.

Elon Musk said on Friday afternoon that he will "make an alternative phone" if Apple or Google decide to kick Twitter off the App Store or Play Store, their respective mobile app marketplaces. "I certainly hope it does not come to that, but, yes, if there is no other choice, I will make an alternative...
Nehal Malik
53 mins ago