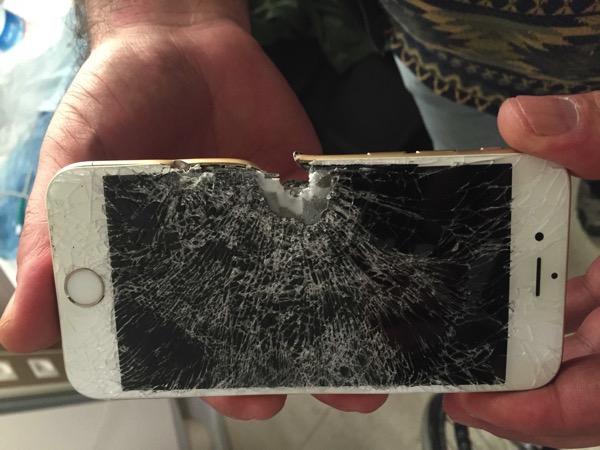 It seems the iPhone 6 can double as a pretty decent bullet shield, as the device has recently saved a Turkish soldier’s life during battle. According to a report by Cult of Mac, the soldier was in the middle of fire fight while battling the terrorist organization PKK when he was hit by a bullet, but thanks to the iPhone tucked in his pants pocket, he walked away with his life.

“The 25-year-old soldier named Mustafa Bozok was hit in his right leg. Thanks to the iPhone’s aluminum shell, glass, and chips taking the brunt of the force, the bullet didn’t penetrate his leg all the way”.

The Turkish soldier was sent to a nearby hospital to receive treatment and quickly recovered from his light injuries.

In the past as well, the iPhone has taken bullets for their owners such as saving a student’s life during an armed campus robbery. Similarly, an iPod saved an American soldier during the Iraq war when they came under insurgent fire.